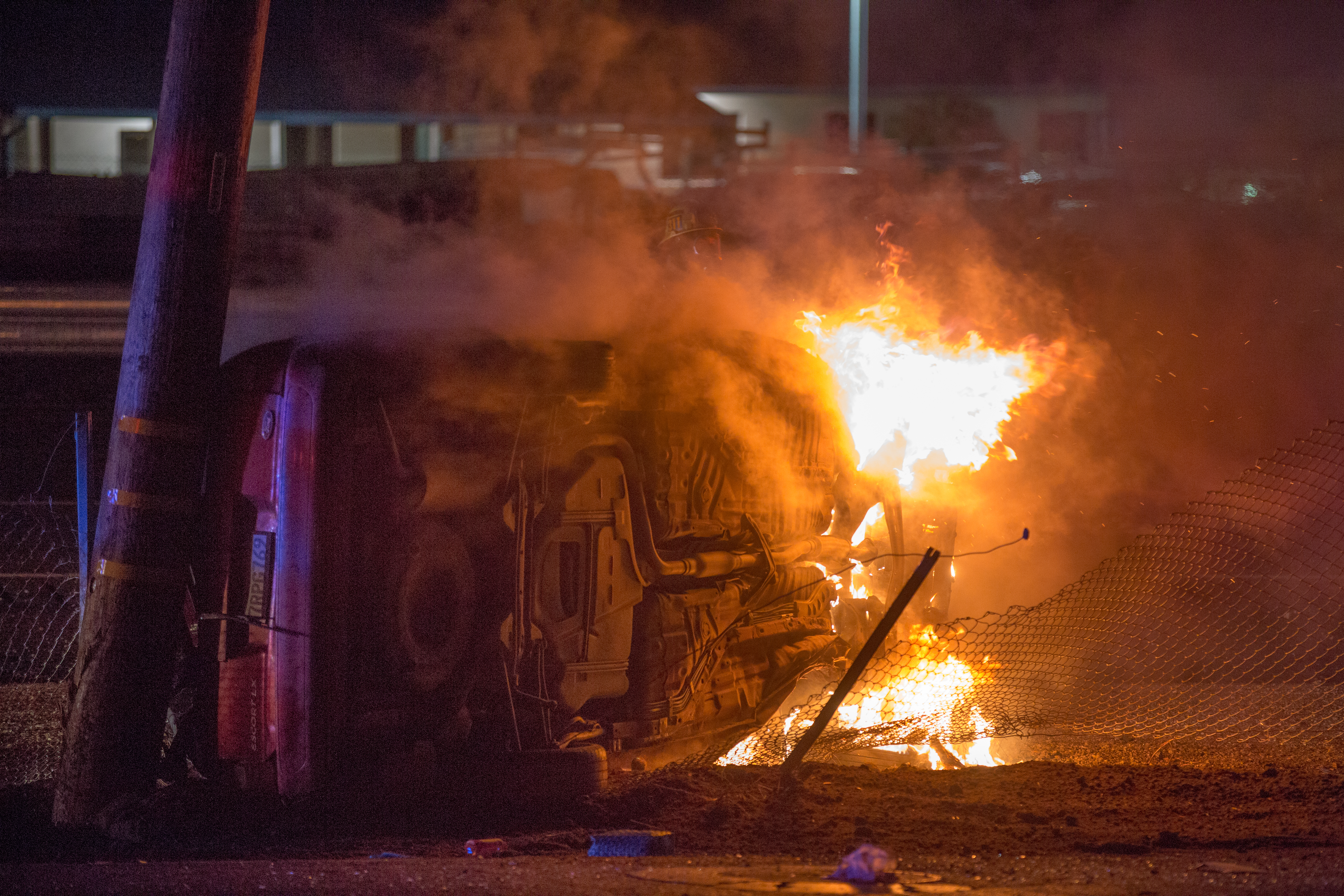 The solo driver was traveling in a Ford Escort at approximately 2:20 a.m., when for reasons unknown, she lost control and crashed into a utility pole where the vehicle then caught fire.

Per scanner traffic, the female was trapped in the vehicle but was extricated shortly after by a CHP Officer that arrived on scene.

The driver sustained injuries to her foot along with other non-life threatening injuries. She was transported to Arrowhead Regional Medical Center by ground ambulance.

It was not immediately clear to authorities if the woman was traveling on the 15 Freeway or along Mariposa Road. However, the impact caused the vehicle to roll through a chain link fence before coming to rest on the driver side.

Due to the utility pole being compromised, a hard road closure was requested for the north and south lanes of Mariposa Road near the Red Roof Inn.

Edison was requested to respond to replace the damaged pole. The official cause of the crash remains under investigation.

NB-15 Temporarily Closed Due to Crash