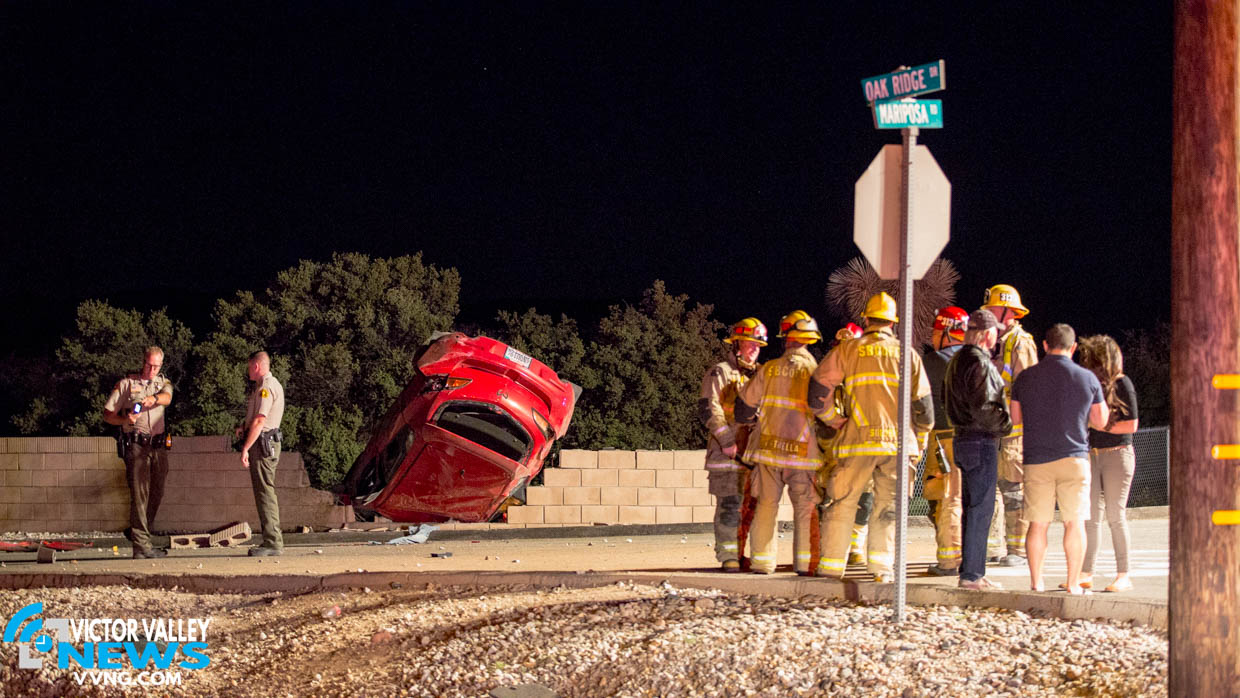 HESPERIA, Calif. (VVNG.com) A driver and two passengers were transported to a hospital after their vehicle became airborne and crashed into a brick wall.

Just before 9:00 p.m., emergency personal responded to an accident on Mariposa Road and Oak Ridge Drive and located a single vehicle with major damage.

All occupants of the vehicle were initially reported to be trapped. However, Battalion Chief Bill Mahan with the San Bernardino County Fire Department said when they arrived on scene no extrication was needed.

The red 2010 Mazda 3 became airborne when the driver, who was traveling southbound on Mariposa Road, lost control and veered into opposing lanes of traffic and down an embankment.

The speed of the vehicle forced it back out of the embankment causing it to become airborne, launching it over Oak Ridge Road before landing upside down on top of the brick wall.

The patients were transported to various hospitals with non-life threatening injuries.

Both directions of Mariposa Road were temporarily closed.

The cause of the accident remains under investigation by the Hesperia Sheriff’s Station.