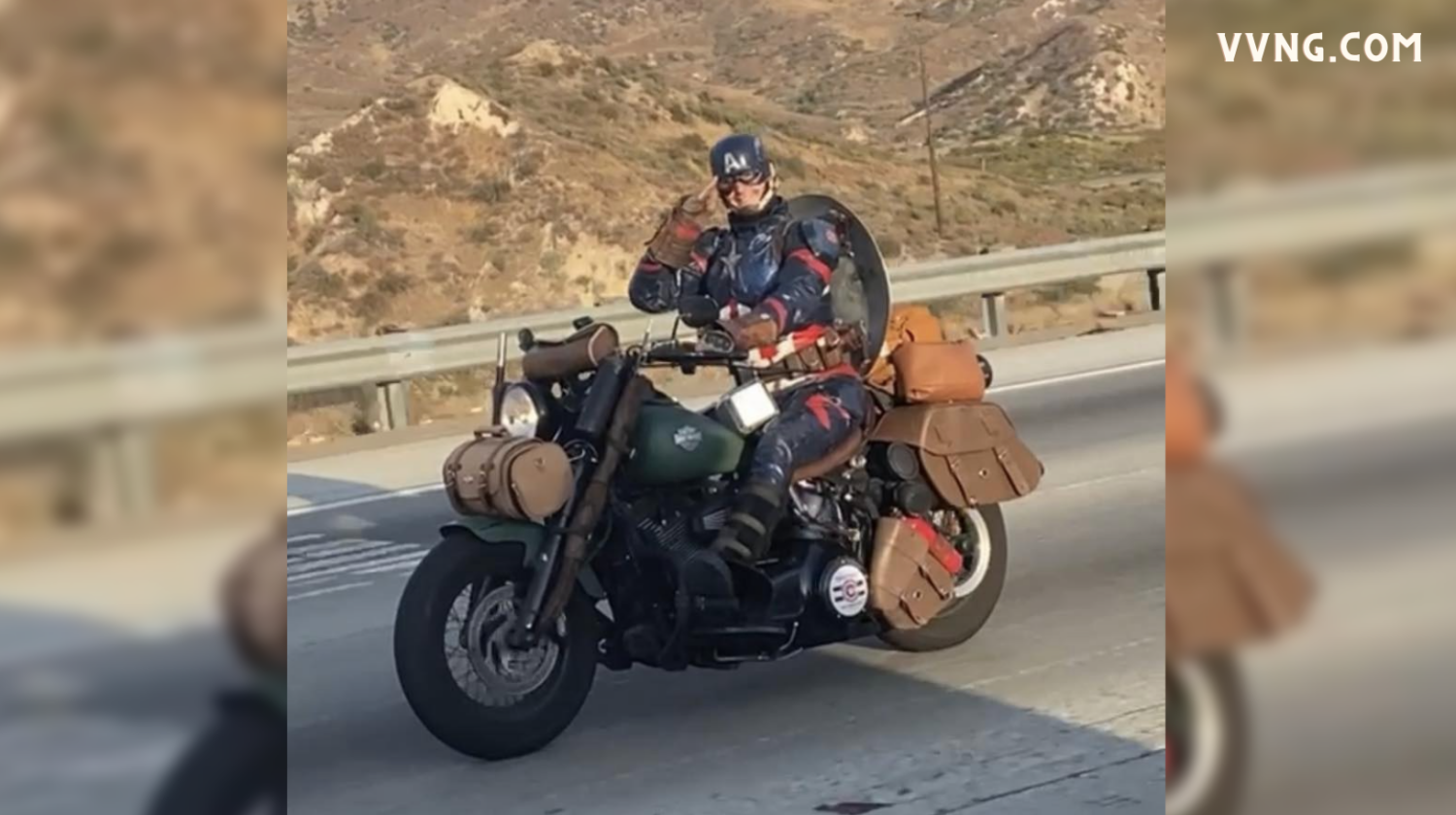 (We spotted Captain America riding up the hill! 🤘🏼 -- photo by Oscar Dominguez)

CAJON PASS, Calif. (VVNG.com) — It’s not every day you see a Captain America lookalike cruising on the northbound I-15 freeway in the Cajon Pass while holding Thor’s hammer.

The rare sighting happened on July 24, 2022, and the footage was shared at about 7:00 pm, by Victor Valley News Group member Oscar Dominguez.

“We spotted Captain America riding up the hill!

“, stated Oscar on his post in the newsgroup which quickly received over 1,200 reactions and a hundred comments within an hour.

The lookalike was decked out with a replica shield, several saddle bags strapped to a green-colored Harley-Davidson motorcycle, and even the superhero’s personality as he flipped Oscar the bird at least once.

At this time, it remains a mystery how Captain America obtained Thor’s hammer or if they were hanging out at Comic-Con in San Diego over the weekend.