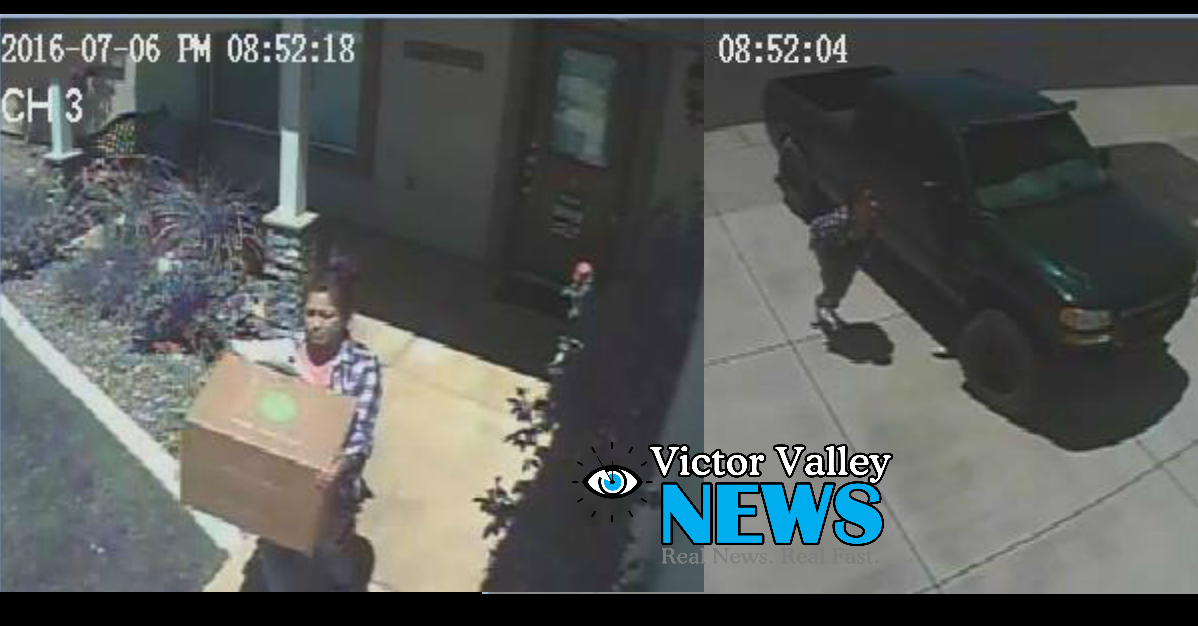 VICTORVILLE:(VVNG.com)- A local woman has turned to social media to help identify a local package thief.

April says that on Wednesday, July 6th she was anticipating her weekly “Hello Fresh” delivery.

“When I got home from work the package was not at my doorstep,” stated April. Due to the holiday weekend, she didn’t think much of it and figured it would arrive the next day.

Later that Wednesday after her husband got home from work. He asked April about the delivery from Carter’s they were expecting for their baby girl.

April’s husband informed her about a delivery confirmation email he had received earlier in the day. That’s when the two realized something wasn’t right.

“We logged into our camera system and it showed both the packages were delivered to our front porch by UPS and placed behind the pillar.”

In the surveillance video, you can see a dark green GMC truck with an LED light bar pull into April’s driveway. A woman wearing a purple flannel shirt jumps out from the passenger side and walks up to the porch. The unidentified woman grabbed the packages and placed them in the bed of the truck before jumping back into the truck and quickly speeding off.

April told Victor Valley News the UPS driver never rang the door bell. So even if she would have been home they had no way of knowing the package had been delivered. April hope’s the delivery drivers will make it a policy to knock on the door.

“This is the third set of packages we have had stolen from our porch. The previous two I was home at the time of the incident but once again the delivery persons did not ring or know to let me know they were delivered.”

Anyone with information is urged to contact the Victorville Sheriff’s Department at 760-241-2911.