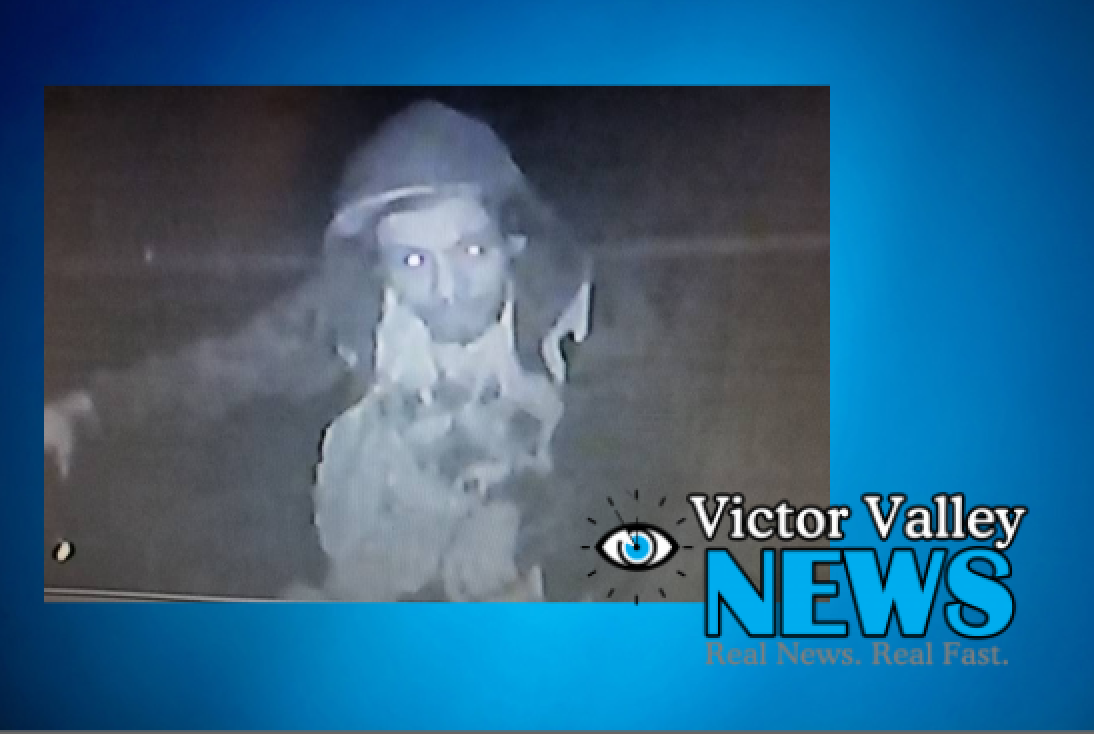 VICTORVILLE-(VVNG.com): Top Hats Barber Shop owner, Monique Hernandez Sinohui feels like her business can’t catch a break from recent thefts. In the early morning hours of Wednesday, May 18th, her barber shop again, for the third time, was the target of an attempted burglary.

Just before 4:00 a.m. a possibly mixed race or Puerto Rican man attempted to break into the Top Hats Barber Shop located on the 15400 block of Bear Valley Road.

Numerous attempts to break into the location have been made, none successful, but the small business owner said security cameras were stolen three times and outdoor light bulbs were even stolen on numerous occasions.

“On the camera he was trying to wiggle open the window really hard and then when he noticed that there was a camera he cut the wire and stole the camera,” said Sinohui. “It’s just very frustrating that I work so hard and it took me so long to save to even get cameras and then he just goes and steals them.”

Sinohui said that she has been spending so much money replacing security cameras that she has not been able to put in the parking lot that she was now saving to put in. She made contact with other nearby businesses who Sinohui said have reported having a similar looking man stealing from their location.