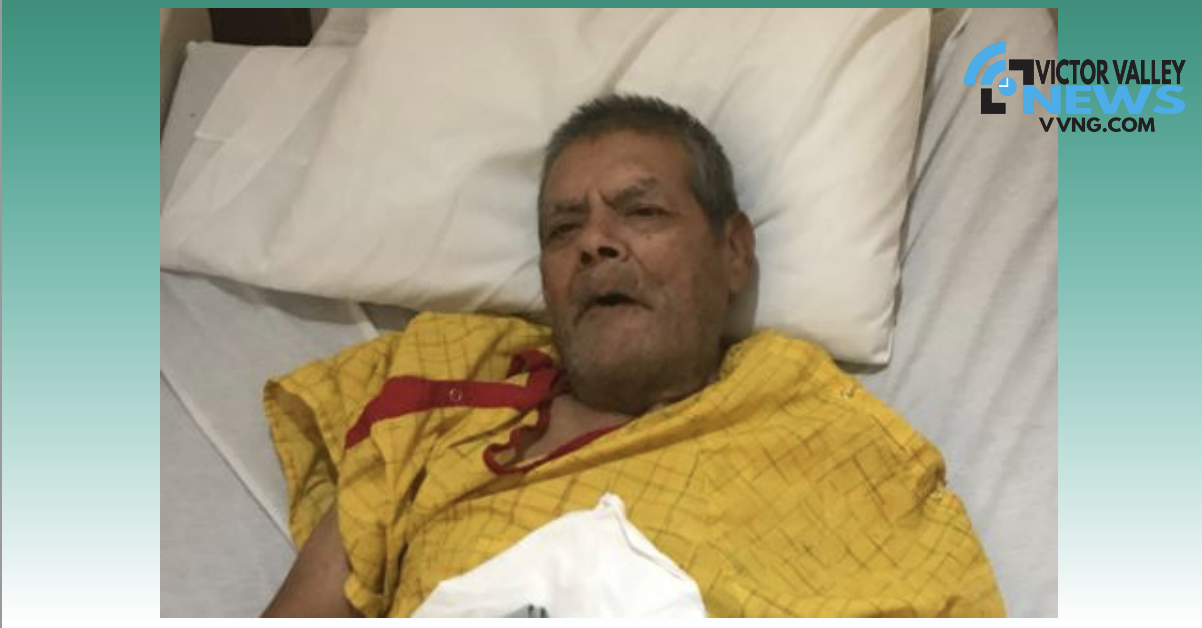 UPDATE 10/7 – Sheriff’s officials confirmed the male was identified through fingerprints, however, his name has not been released. Authorities will continue to try to locate his family/caregiver.

PHELAN, Calif. (VVNG.com) The San Bernardino County Sheriff’s Department is asking for the public’s help in tracking down the family/caretaker of a nonverbal man found alone in Phelan over a month ago.

On August 30, 2017, at 4:03 p.m., Sheriff’s Dispatch received a call of a found adult near the intersection of Schlitz Road and Phelan Road in the unincorporated area of Phelan.

According to a news release, “the caller reported a disoriented male in a wheelchair. When asked if he needed help, the male only nodded and pointed.”

Deputies made contact with the man who was unable to speak or write, making it challenging for deputies to determine his identity or residence.

Due to the male’s age and medical conditions he was transported to St. Mary Medical Center. Over the last week, medical staff and deputies have repeatedly attempted to learn the subject’s name. He is alert and responds with nonverbal cues, but still cannot convey his identity, residence or responsible party information. Additional attempts to verify his fingerprints have been unsuccessful.

The unidentified male is described as a Hispanic male adult, 60-70 years old, salt and pepper hair, approximately 5’05” tall and 130 pounds. He was found wearing a green sweater, gray sweatpants and socks.