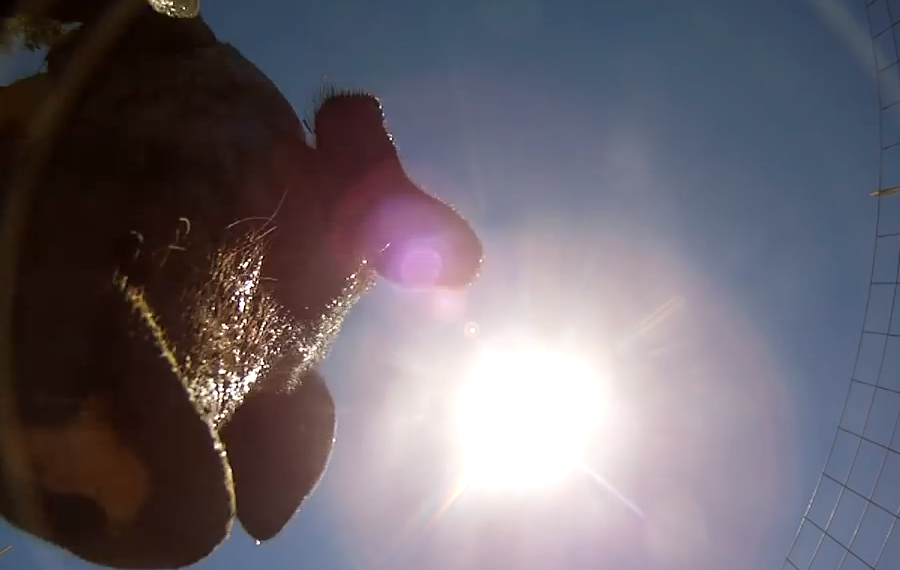 Another Youtube video is going viral, this time a skydiver is video taping likely preparing to jump from a plane when he accidentally drop’s the camera.

The video was uploaded by Mia Munselle on February 9th and in the description it say’s:

Camera falls from a sky diving airplane and lands on my property in my pig pen.
I found the camera 8 months later and viewed this video.

Many people are wondering if the video is real, or just another video stitched together. What do you think? Either way we still think it’s pretty cool feeling like you are about to be eaten by a pig. So you be the judge…