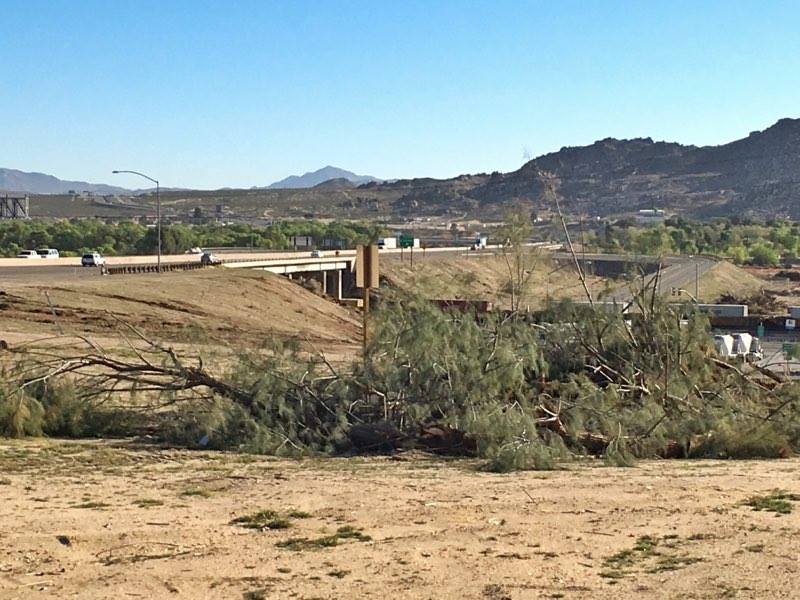 VICTORVILLE-(VVNG.com): Caltrans officials said on Friday that they have begun the $71 million project, reconstructing the interchanges at Stoddard Wells, D Street, and E Street and widen the Mojave River Bridge on the I-15 in Victorville.

The work has begun clearing brush, placing construction signs and securing the area of any environmental issues, including relocating endangered bird nesting and bats. Caltrans has worked with the city of Victorville and Apple Valley, including emergency responders to ensure the safety and success of the project.

During this project, there will be some ramp and lane closures. Weather permitting Caltrans says that the completion of this project is set for the end of 2018, with a one-year landscape plan following.

No lane closures are planned for the week of March 27th through April 1st as the currently scheduled work is taking place off of the roadway.