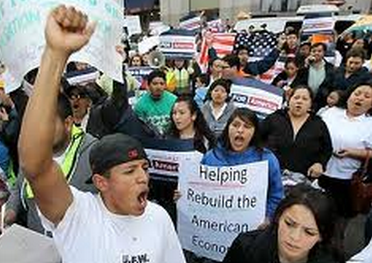 (VVNG.com)- The state of California has a new law that was signed into law by Governor Jerry Brown on October 2nd. This law is one that will change many things for those who have illegally immigrated into the United States. This will make these people, who most can not afford the high costs of legal immigration, work and produce tax dollar for the state.

The Federation of American Immigration Reform feels that by doing this, California will be breaking a federal law. They also feel as though it is bridging the gap between those here legally and those violating a federal law. This is a very divisive topic with some Californians believing it is good thing, since most of these illegal immigrants are already working here, many of those not paying taxes. These people  feel we will now be able to receive taxes for the work they do through higher paying jobs and regulate their practices in licensed fields.

Others feel Californians are rewarding those who are already breaking state and federal laws. They feel it is  giving them a mixed signal about illegal immigration and paving the way for them to come in masses to take higher end jobs most Americans are already fighting for.

This is no shock to most following the laws and recent court rulings regarding immigration. In January 2014, Sergio Garcia, an immigrant brought to the United States nearly 20 years ago. Garcia was admitted to California’s state bar and can practice as a lawyer based on the California Supreme Court ruling. Many believe that ruling was a precursor to SB 1159 passing.