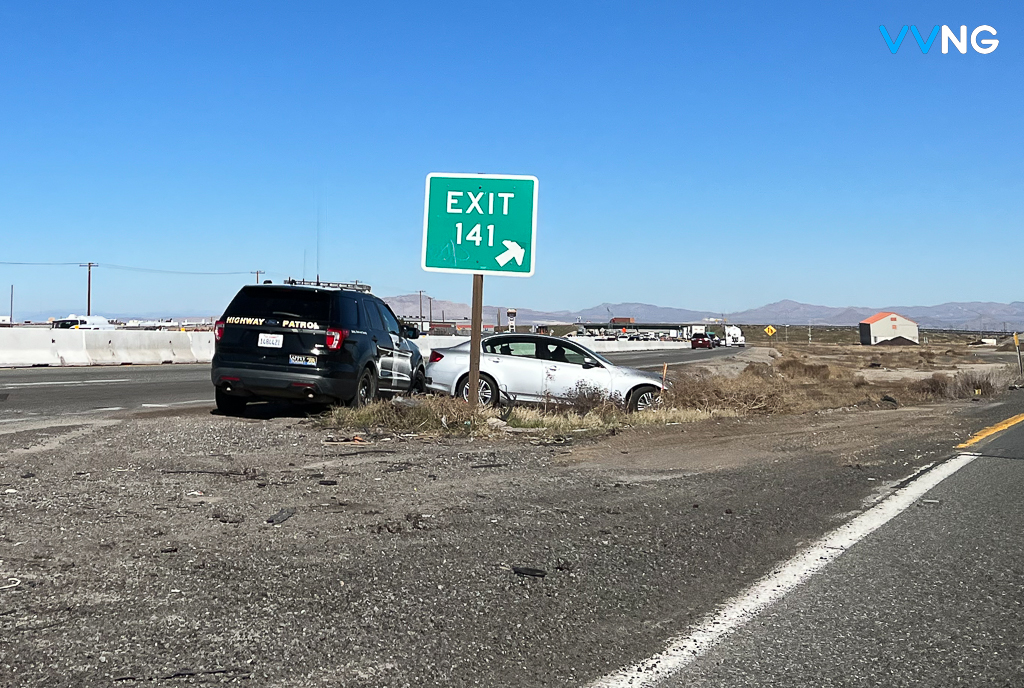 The CHP logs reported the 4-door gray Lexus caused property damage, however, no injuries were reported to the driver.

A CHP officer from the Victorville Station remained at the scene for the investigation, and for the safety of the driver until a tow truck arrived on the scene to remove the vehicle.

Traffic was not affected as a result of the crash. No further information was available.