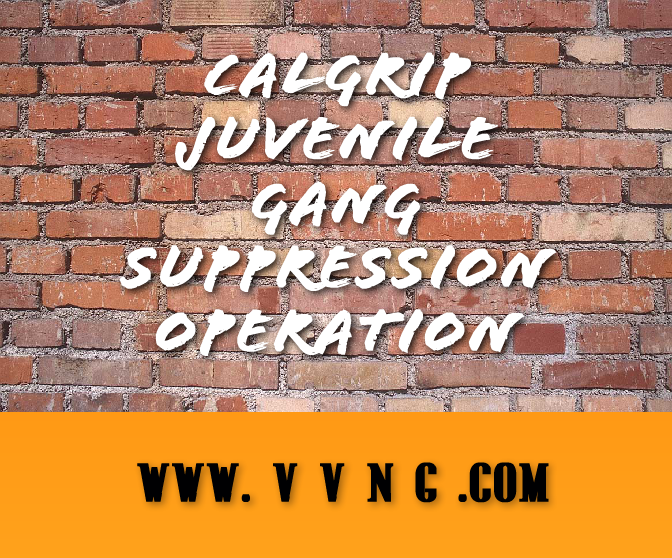 APPLE VALLEY:(VVNG.com)- On Friday, June 20th, 2014, between the hours of 8 am and 6 pm, the Apple Valley Police Department conducted a Juvenile Gang Suppression Operation. The purpose of these operations is to identify juvenile gang members, conduct home supervision contacts of probationers, and arrest gang members for criminal violations. The operation was funded solely through grant funds from the 2014 CalGRIP (California Gang Reduction and Intervention Program) grant. The operation focuses on the deterance of juvenile gang activity and increases enforcement and compliance with Court ordered terms of probation. This was a multi-agency operation which included deputies from Apple Valley, Hesperia and Victorville stations. The two-man teams focused on juvenile gang related incidents and assisted patrol with priority calls.

Early in the day, a subject was contacted riding a small off-road motorcycle. He gave a false name and then ran from the scene. He was chased by deputies to the 21000 block of Ramona Ave. where he was found hiding in a shed and taken into custody. The “pocket bike”he was riding is suspected of being stolen and is being held pending investigation. The suspect, 19-year-old Joseph Carter from Long Beach, was arrested and booked for PC148, resisting/obstructing/delaying a peace officer, and a parole violation. A second subject ran from deputies in the area of Thunderbird Rd. and Wanaque. He was apprehended a short distance away and found to be a runaway juvenile. No parents of the juvenile could be located and he was booked into High Desert Juvenile Detention Center.

During the operation 2 subjects were arrested for warrants, 1 arrest was made for illegal drug possession violations and 1 was arrested for a parole violation. Eleven vehicles were stopped, 68 juveniles were contacted, 6 of them were on probation, and 4 citations were issued for various violations. In addition, 8 home visits were conducted during the operation. Additional operations will be conducted throughout the remainder of the year and will include the cities of Hesperia and Victorville.

These operations are one of many components funded by the grant. A full-time Juvenile Gang Enforcement Deputy is grant funded for two years. He conducts Gang awareness presentations for 3rd, 4th and 5th graders and their parents, Curfew Enforcement Programs and Life Skills Training classes for 50 elementary school aged children. Additionally, increased youth center hours during the summer and several expanded youth programs managed by the Apple Valley Police Activities League are all funded by the 2014 CalGRIP grant.