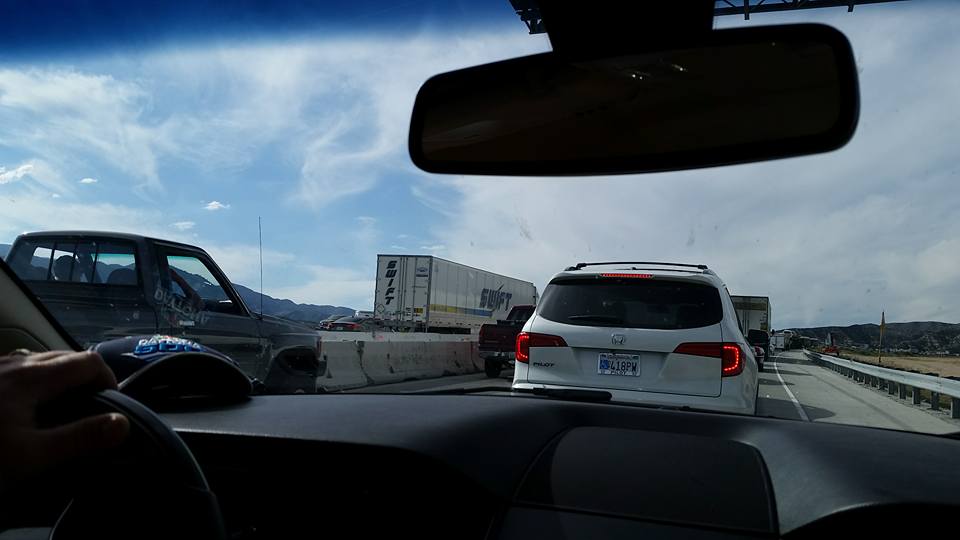 UPDATE: At 5:52 PM a black Dodge pickup truck was reported to be on fire on the 15 freeway northbound around one mile south of Oak Hill. When firefighters arrived the truck was fully engulfed and blocking the far right lane. Firefighters were able to extinguish the blaze by 6:15 p.m. No injuries were reported as a result of this incident.

UPDATE @ 4:40 PM – A new collision involving a gray pick-up truck and a Harley-Davidson motorcycle was reported at 4:37 PM, on the northbound 15 freeway south of Cleghorn Road. CHP logs show the rider is laying on the right shoulder.

CAJON PASS:(VVNG.com)- A collision involving a semi and a pick-up truck has prompted a Sig Alert on the northbound 15 freeway north of state route 138.

The multi-vehicle collision was reported just before 4:00 PM, on Sunday, April 3rd.

According to CHP incident logs, the right 3 lanes are blocked due to debris and traffic is backing up to the 138. As of 4:17 PM, the bypass lane is reportedly open.

The logs indicate a black pick-up truck with a camper trailer collided with a semi. Initial reports stated the semi was on fire, however when firefighters arrived they confirmed there was no fire. A total of two vehicles, a semi, and a travel trailer are involved in the crash. At least one person is reported to have minor injuries.