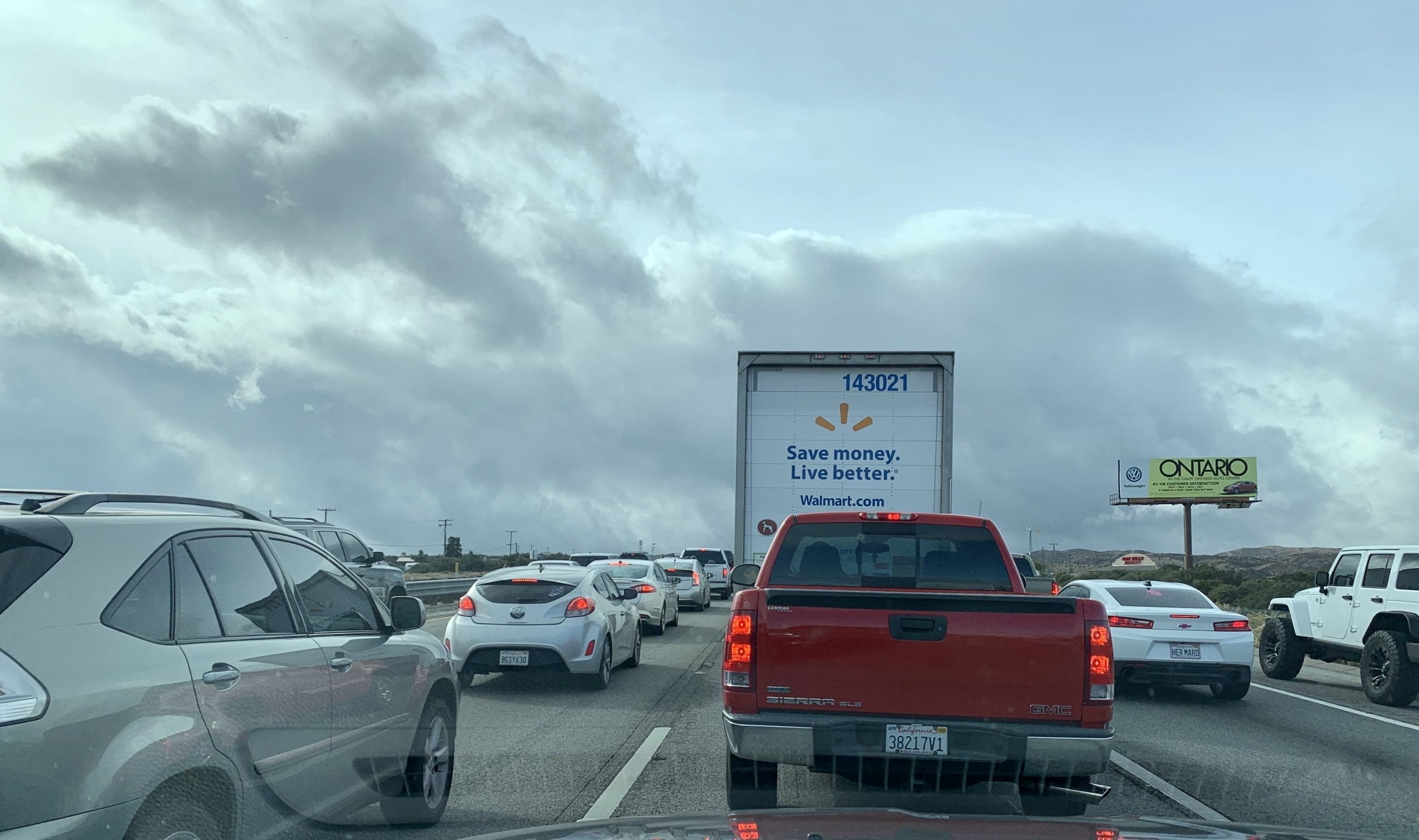 CAJON PASS, Calif. (VVNG.com) — At least one person is deceased and several others were injured following a major traffic collision on the 15 freeway Sunday morning.

The crash was reported just after 10:20 AM on the southbound I-15 in the Cajon Pass just south of Oak Hill Rd.

One person was declared deceased on scene by emergency personnel, that person was lying in the roadway next to a green sedan in the center divider.

In addition to the one deceased person, scanner traffic indicated that two other people sustained critical injuries, and another three sustained minor injuries.

Reports indicate that at least two children were involved in the crash.

According to the California Highway Patrol incident logs, one of the involved vehicles was reckless driving and spun out, causing the collision.

Southbound traffic on the I-15 is reportedly backed up to about Ranchero Road. Caltrans was advised to respond and assist with lane closures around the scene.