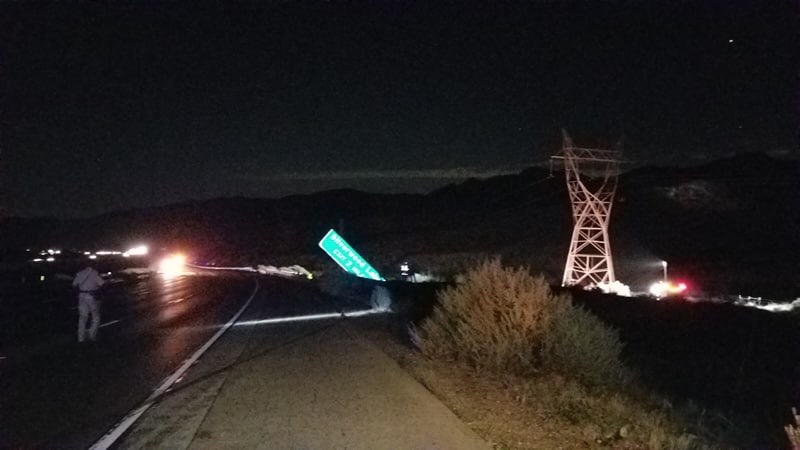 CAJON PASS, Calif. (VVNG.com) — One person was killed Saturday night following a crash on the 15 freeway.

The California Highway Patrol and San Bernardino County Fire received reports of a two vehicle crash at 11:36 PM on the southbound 15 freeway, between Oak Hill Road and Highway 138.

According to CHP logs, a brown box-shaped SUV side-swiped a black Prius, then flew off the side of the freeway about half-mile north of the runaway truck ramp, CHP logs reported.

The Prius came to a rest near the entrance of the runaway truck ramp. Two people sustained minor injuries. 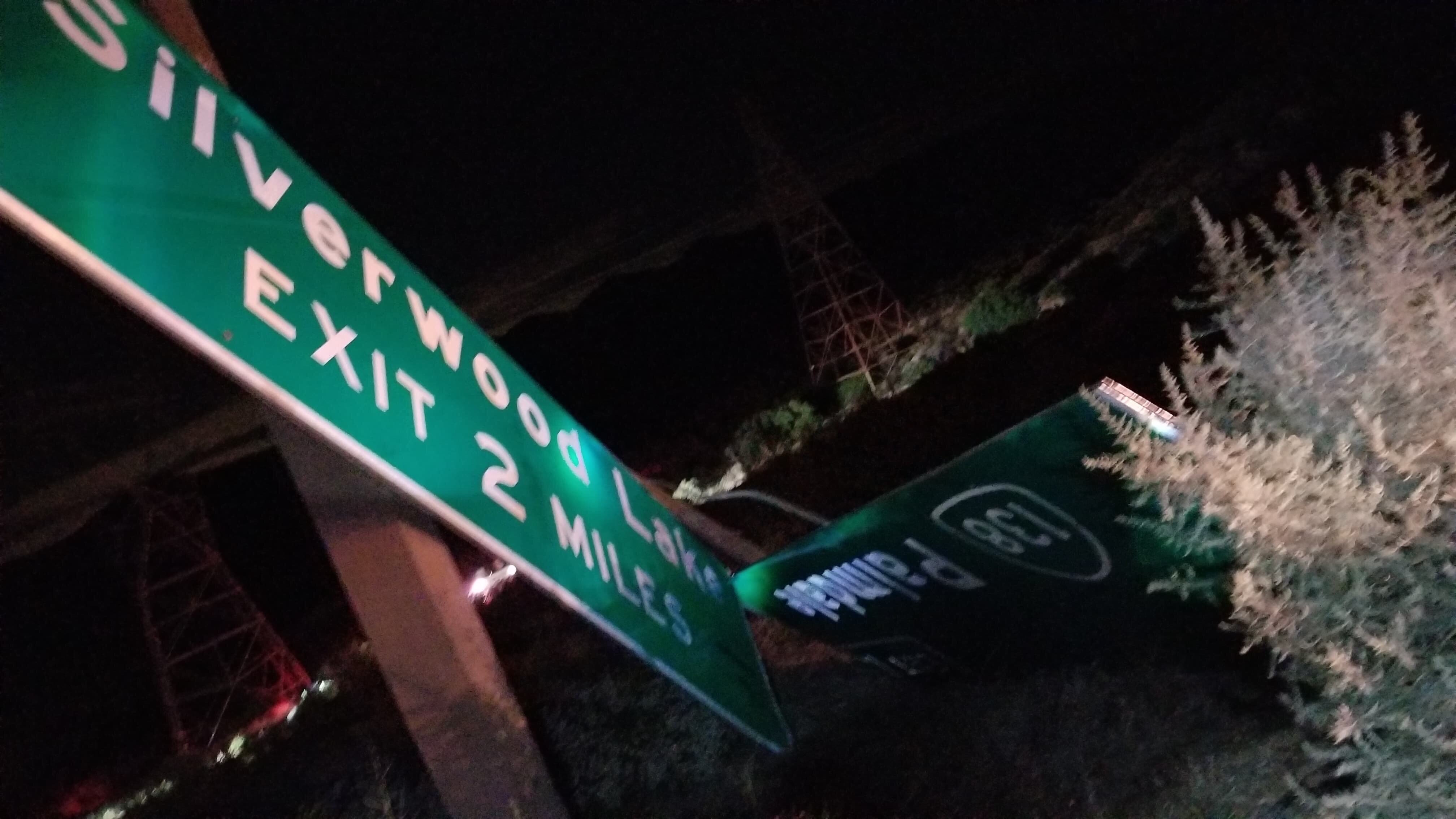 A sign was knocked down by the car that went over the side.

Firefighters made their way to the brown boxed-shaped suv, which was about 200 feet off the side of the freeway, and located only the driver inside. They were pronounced deceased on scene. 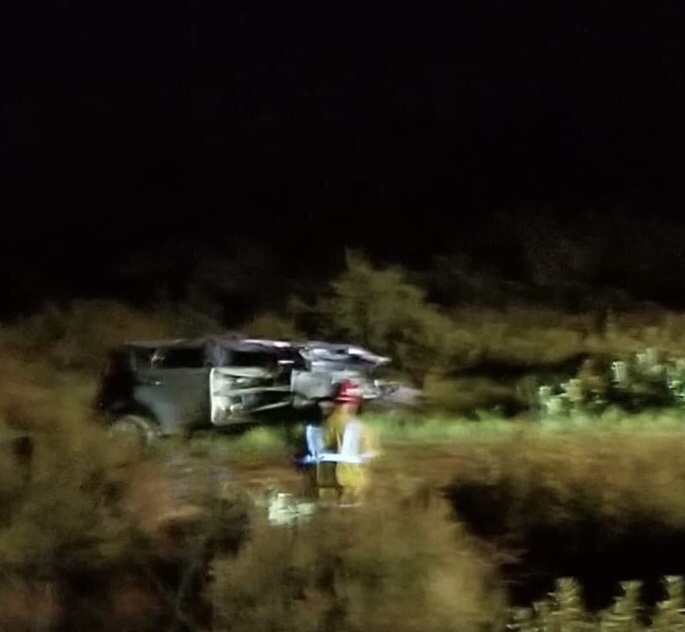 The driver of the brown box-shaped SUV was pronounced deceased onscene. Submitted photo

A child’s car seat was also found in the brown vehicle, and as a precaution the CHP helicopter did a flyover of the crash scene using their infrared lighting and confirmed there were no other victims.

All lanes of traffic were closed while authorities conducted an investigation.

The name of the deceased has not been released.

This is a developing story.