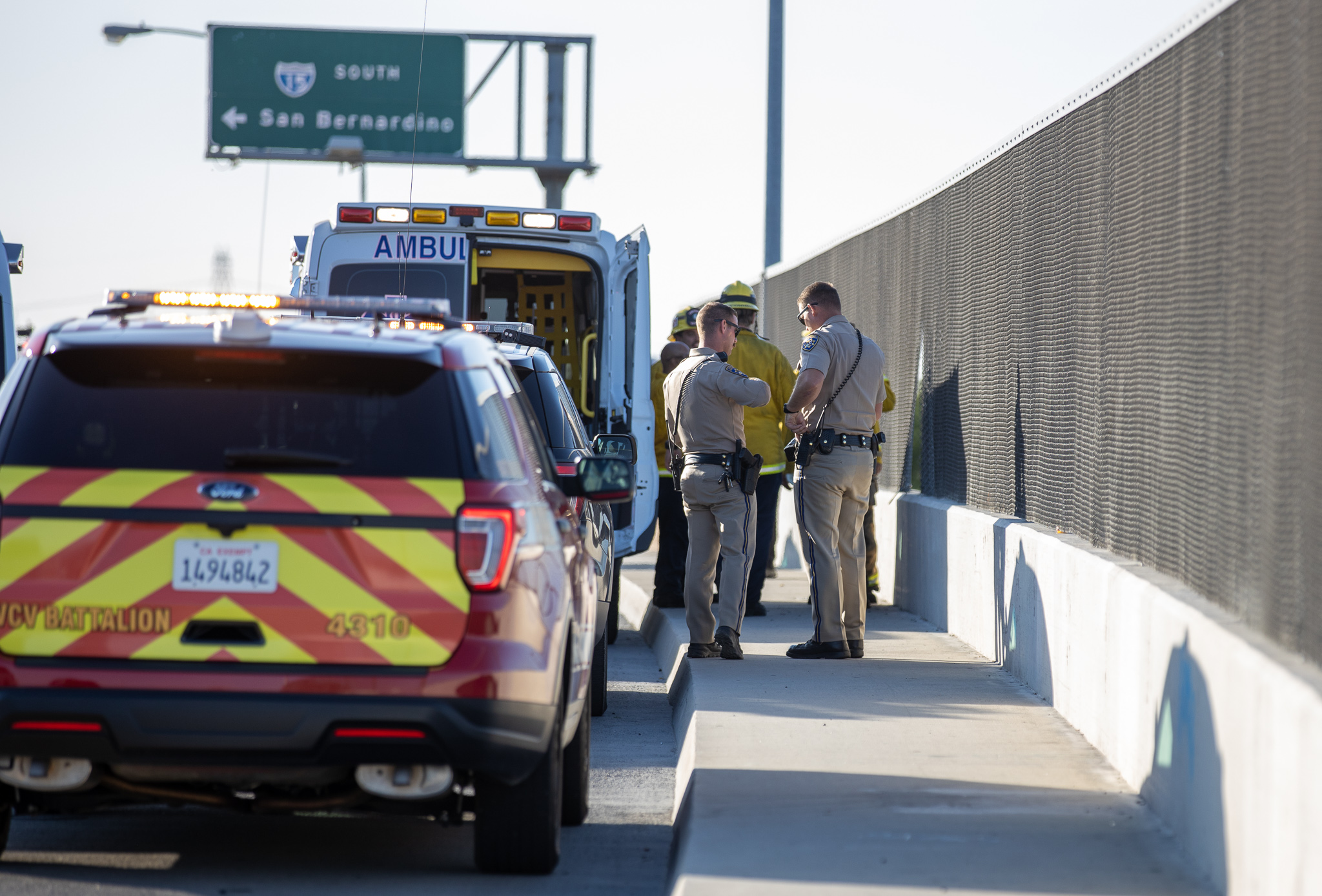 VICTORVILLE, Calif. (VVNG.com) A woman attempting to jump from an overpass in Victorville was rescued by a bystander, CHP, and fire personal working together.

Initial calls stated that a female pedestrian was struck by a semi-truck on the southbound 15 Freeway between Palmdale Road and Roy Roy Rogers Drive.

“I was on the freeway when it happened, I almost hit her when she attempted to run in front of my car, then she turned back and looked and then ran straight towards the diesel,” stated Yadi Wilson.

Officer Mumford told VVNG that the truck driver stopped, but the female pedestrian reportedly fled the scene on foot and ran towards the freeway overpass.

A bystander in the area who witnessed the woman dangling from the overpass on the outer side of the chain-link fence reached in and grabbed a piece of her dress until the first CHP officer arrived.

The CHP officer was able to grab the woman by her leg just as she was about to jump over and into traffic.

The woman was held in place while firefighters cut a hole through the fence to bring her to safety, confirmed Ron Myers, Battalion Chief with Victorville City Fire.

Westbound traffic on the overpass was briefly stopped while authorities worked the scene.

The women’s identify was not released.

If you believe you or someone in your life may be suicidal, please call the National Suicide Prevention Lifeline at 1-800-273-TALK (8255)