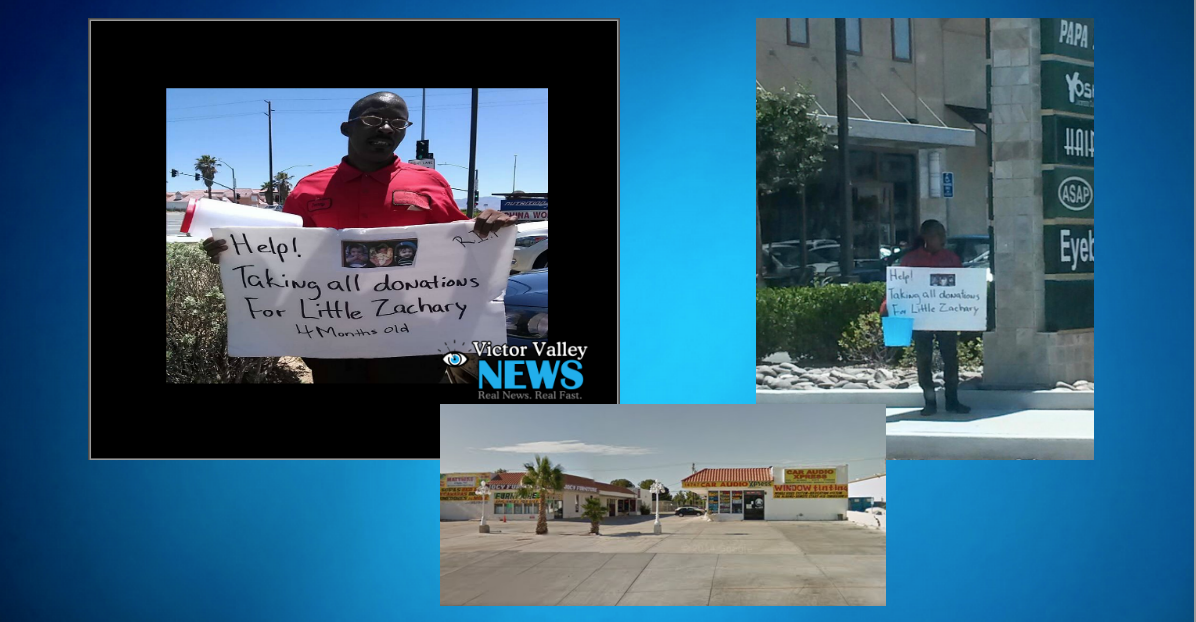 VICTORVILLE-(VVNG.com): The San Bernardino County Sheriff’s Department, as well as Code Enforcement for some Victor Valley cities have opened up an investigation on Dis and Dat Soul Food and More and it’s owners Johnny and Junita Crummie.

Johnny Crummie’s past, although it does consist of a criminal history seemed irrelevant to the subject until workers alleged he used his “20 years in prison” as a scare tactic. The 20 year sentence, was unfounded, but Crummie has been convicted with several other charges. A past grand theft charge was dismissed in by the District Attorney’s office, but Johnny has also had a Domestic Violence conviction, a conviction for Unlawful Sexual relationship with a minor, and a more recent arrest for failing to register as a sex offender in Clark County.

Since the recent article Victor Valley News published, several past employees have came forward, only some willing to reveal their name due to alleged threats made during their employment.

Past employee, Giovany Hernandez came forward alleging, “there were also many instances of sexual harassment going on with the women. Whenever a female said something about it, she was fired, which happened a lot. Johnny even told me that Junita left him because he was caught cheating with a waitress while on the clock.”

Several past employees shared that Johnny was having difficulty financially managing the business and they believe this was just something he thought of to bring an income in.

“They can’t pay the rent and are constantly trying to find new ways to make it, so I’m not surprised about the whole fake charity thing,” said Hernandez.

Hernandez also mentioned that his primary reason for leaving that job, was due to not being paid for his last month and a half of work.

“Whenever I would ask about it, they would always say, it’s coming this week, but it would never come. One check actually was bounced due to insufficient funds, where I was then fined for bouncing and wasn’t even compensated for the whole check.”

Former employee Hernandez said,“we had one car wash event that was obviously being taken advantage of. Johnny and Junita were pretty open of the fact that they didn’t care about the families and are just doing it for the money.”

Jess Mari Mudo says she met Johnny when she was helping a family friend raise money for the Timmyia Caton’s funeral. Caton, a 7-year-old Adelanto girl was killed when she was hit by a car on June 20, 2015. She said Johnny was overly excited to help and said he raised thousands for another family. He told her they would do two car washes for the family and they could pick up the money on that Sunday at 5:00 p.m.

Former employees that were once part of Johnny’s streat team, provided Victor Valley News paycheck stubs showing the checks were never drawn from a non-profit. Instead, they were paid directly from the Dis and Dat Soul Food business account.

“I was scared with the Timmyia fundraiser, we had people that wanted to help with the car wash and do the labor. He (Johnny) said he had his own people to do it and they got paid to do it,” stated Mudo. Mudo also talked about a time when she seen the “street team” or Johnny’s “soldiers” (as he called them) come back with buckets of money they were collecting on behalf of a family. When the family came for the money, he said that they hadn’t started the fundraising yet.

“We went to get the money he only had exactly $100 to give to the family, $30 of which the father gave to me for gas for all the driving I did that day and prior,” stated Mudo. Mudo believes that over $6,000 was raised in Timmyia’s name. She continued to say,“he (Johnny) told me they should be happy to get even a little because without him he wouldn’t have any.”

The restaurant also was referred to the family that lost their son to suicide, when the mother said she did not want the cause of death mentioned, Johnny did not want to raise the funds. According to Mudo, Johnny said that he would get more money calling it a suicide because “white people eat that up”.

Mudo, who worked with Johnny on several projects within about a month’s time said that she feels as though she was mislead into believing she was helping people. When she realized more of what seemed to be going on, she cut all ties with Johnny.

Having gone through this terrible experience Mudo says this will not stop her from charity work. She will just be more careful who she deals with in the future.

According to Johnnie’s former employees, Johnny had recently discussed collecting money for Kevin Lucas. The Victorville man who was murdered on July 13, 2015 off 7th Street in Victorville.  The family of Kevin Lucas has since contacted Victor Valley News and shared that they have never contacted anyone to collect money on Kevin Lucas’ behalf.

“We are meeting with the Hesperia code enforcement and will be investigating along with the Sheriff’s Department,” said Victorville code enforcement officer Medina, on a Monday afternoon telephone conversation.  The San Bernardino County District Attorney’s office is also aware of the situation and will take appropriate measures pending the outcome of the investigation.

For now, because of the negative public attention on his fundraising efforts, Johnny says he will stop all fundraising activities.

Related Article: Are Victor Valley Residents Being Scammed Out of Their Hard Earned Money?