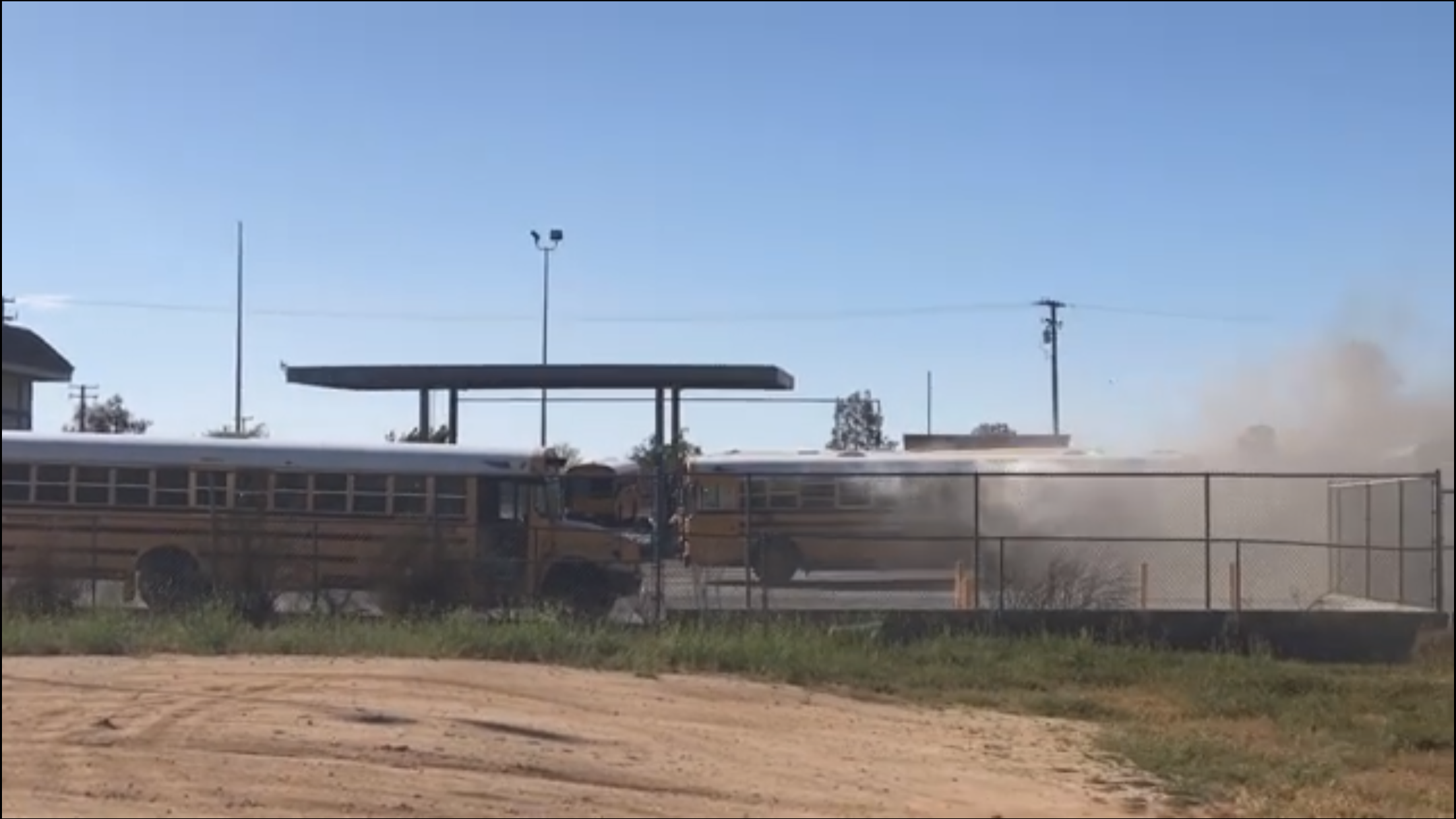 HESPERIA, Calif. (VVNG.com) Fire investigators are attempting to determine what caused a bus parked inside a bus yard to catch on fire Monday afternoon.

At about 4:45 p.m. San Bernardino County Fire responded to the First Students bus yard located on the 11000 block of Santa Fe in Hesperia reference a bus on fire.

Firefighters arrived and found fire coming from the wheel well and tire. “25% of the rear of the bus was on fire,” stated SB County Fire Public Information Officer Eric Sherwin.

According to a witness, a loud “boom” was heard prior to the fire. Moments later, thick black smoke could be seen coming from the rear of the bus.

“Fire investigators are at the scene to determine the cause of the fire,” said Sherwin.

Fire engines 302 and 22 responded and assisted in knocking down the fire.