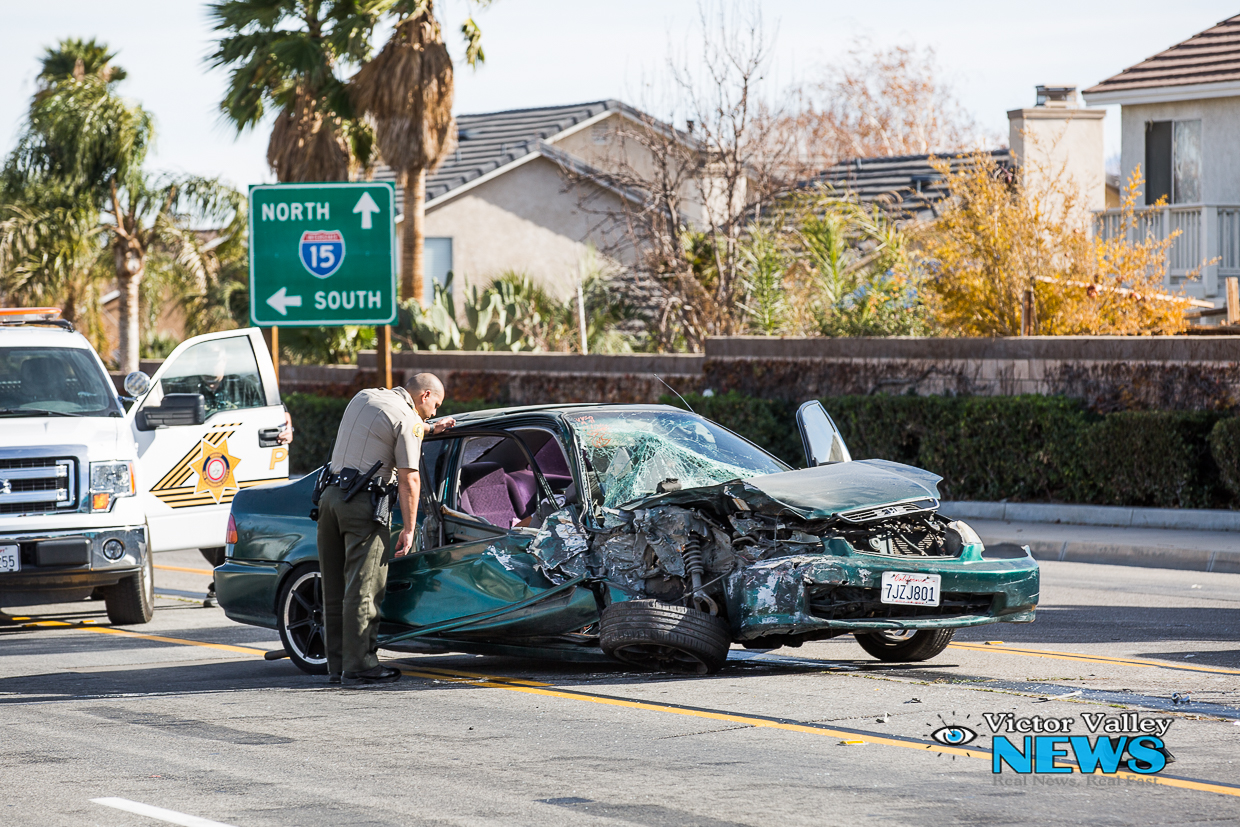 VICTORVILLE, Calif. (VVNG.com) A Victor Valley Transit bus and another vehicle were involved a traffic collision prompting a road closure.

The accident occurred on La Mesa Road between King Canyon Road and Amargosa Road at approximately 12:23 p.m. on Wednesday afternoon.

Deputy Amir Awad of the San Bernardino County Sheriff’s Department said that a Honda Civic struck the back of the bus, which was loading passengers.

“The vehicle rear-ended the bus in what we cite as unsafe speeds,” Deputy Awad stated.

A passenger in the older model Honda will be airlifted to Loma Linda University Medical Center, and the driver of the Honda was transported by ground ambulance as a precaution.

There were 10-15 passengers on the bus for route 52 at the time of the accident, some of which complained of minor pains, according to authorities.

Only one person on the bus was transported to a hospital for minor pains.