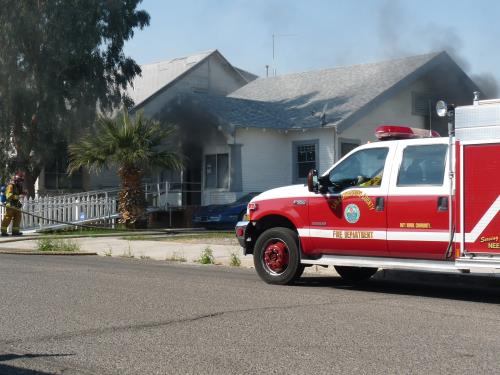 On Saturday, February 22, 2014, 10:26 a.m., San Bernardino County firefighters responded to a reported residential structure fire in the City of Needles, on the 300 block of “E” St. between 3rd St. and 4th St. Initial reports stated that the homeowner was in front of the residence and in need of oxygen.

Less than 4 minutes after the initial dispatch, crews arrived on scene and reported smoke and fire showing from of a single story residence. Bystanders stated that the sole occupant of the home was across the street in a wheel chair, with burns to his face and was experiencing difficulty breathing. Baker EMS arrived on scene simultaneously and tended to the patient. Firefighters made an aggressive fire attack and were able to contain
the fire to the room of origin with extensive smoke damage to the majority of the home.

With these swift actions, 5 San Bernardino County firefighters, with assistance from Mojave Valley Fire Dept., had the blaze under control within 15 minutes of their arrival.

Investigators determined the fire started in a bedroom, where a male occupant was smoking while using a home oxygen system, for his medical needs. After ashes from a cigarette ignited his oxygen tubing, the male subject quickly removed the burning tubing from his face and dropped in on the carpet, allowing for fire to rapidly spread to a nearby bed, dresser and other room contents. Structural damage was estimated at $20,000 with an estimated $5,000 in property loss.

Officials were later informed that a care taker arrived at the home shortly after the fire erupted, before fire crews arrived, and was able to assist the disabled male occupant out of the burning home before he was overcome by smoke and heat, likely saving the man’s life.

[box type=”info” align=”aligncenter” ]Safety Message: Smoking and oxygen don’t mix! Be sure to keep any open flames far from areas where oxygen is being used[/box] 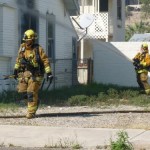 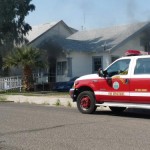 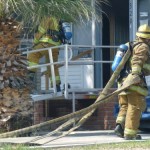