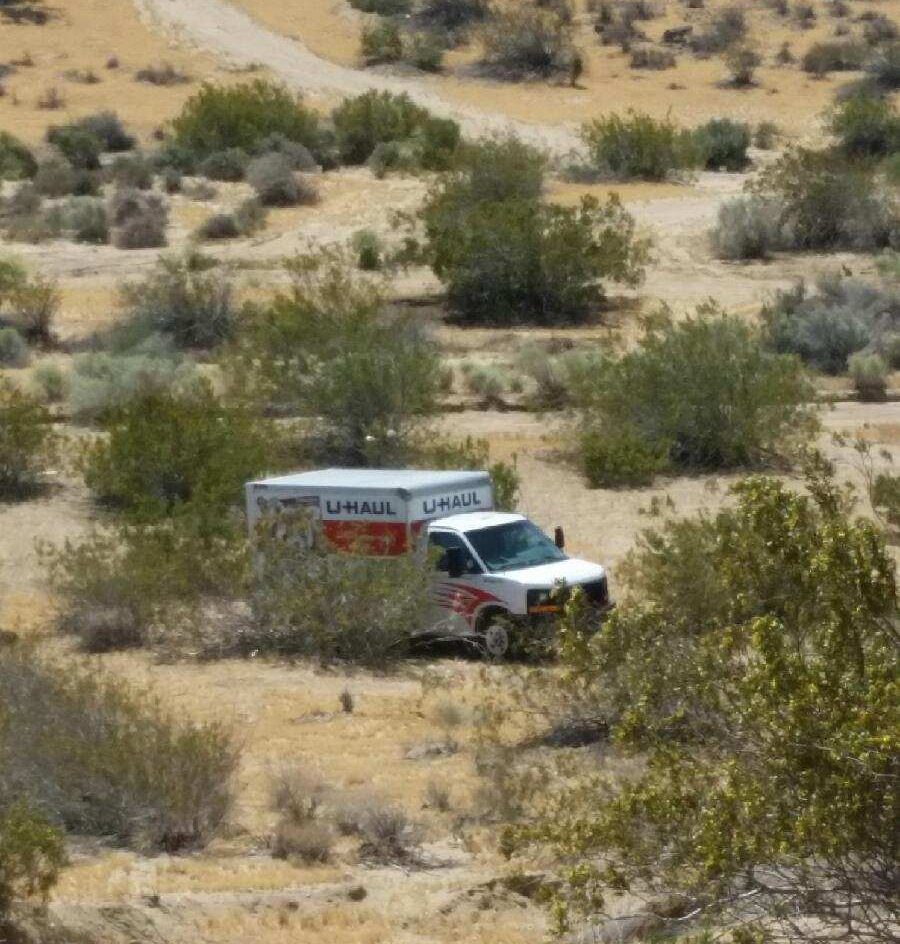 VICTORVILLE-(VVNG.com):  A 28-year-old Victorville man was arrested for burglarizing a home on the 12700 block of Ponderosa Ranch Road in Victorville. On Saturday, May 7th at around 10:53 a.m. a witness reported seeing two men leaving his neighbor’s home with items that belonged to residents who were not home.

The suspects described only as two white men, placed the items into a U-Haul truck and left the scene. The reporting party followed the men for several miles until they went over the curb and into the desert on Amethyst Road and Sycamore Street.

The Uhaul became stuck in the desert area and the two suspects fled on foot through a residential area. Per scanner traffic, one of the suspects was witnessed running into the garage of a home on the 13200 block of Cloverly Avenue and a woman shut the garage.

Victorville Sheriff’s Station Spokeswoman, Mara Rodriguez told Victor Valley News that one of the suspects, Leonard Rice, 28 was contacted by deputies and taken into custody.

All of the stolen property was recovered and the Uhaul was determined to be rented by the suspect. The second suspect remains at large, the investigation is ongoing.