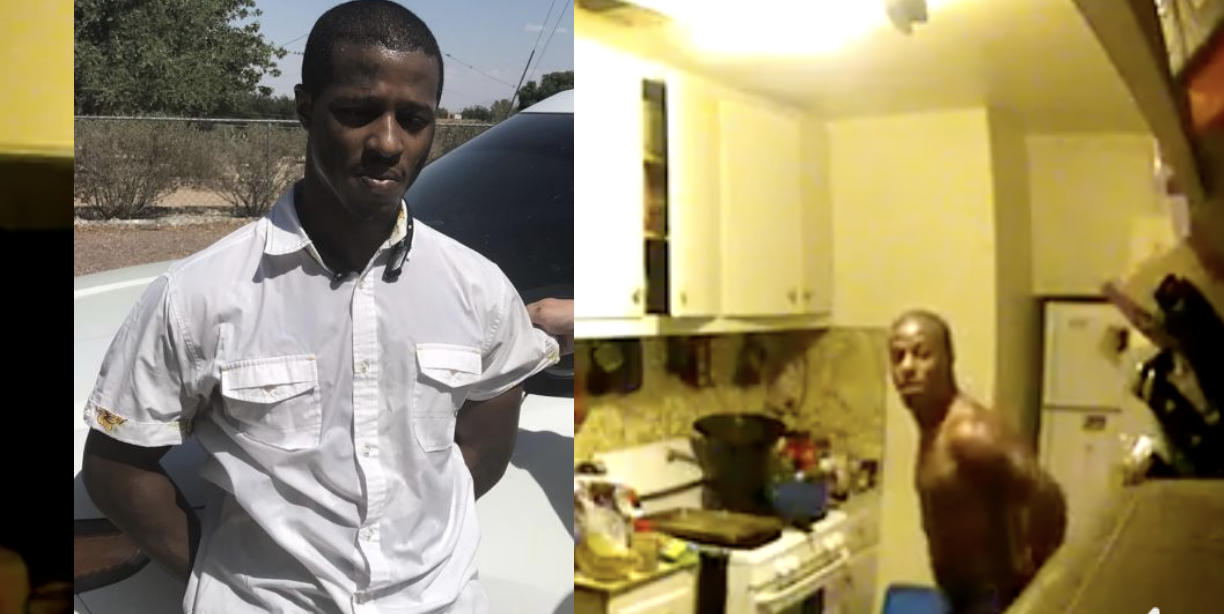 VICTORVILLE, Calif. (VVNG.com) — A 24-year-old suspect wanted in connection with multiple burglaries by the Yucaipa Police Department was arrested in Victorville thanks to critical information from a citizen, officials said.

The suspect, identified as Shanon Hill, of Yucaipa was captured on surveillance video as he ransacked a home in the area of 4th and E Street in Yucaipa on July 26, 2018.

According to a news release, the suspect entered the victim’s residence through an unlocked rear door and stole multiple items of property. The crime was captured on a home surveillance camera in the kitchen at about 4:00 am. The victims were home during the commission of the burglary but did not discover the crime until after the suspect fled.

On August 1, 2018, a tip was offered by a citizen that the suspect went by the name “LB” and the citizen identified the residence where he was living. A search warrant was executed in the 12500 block of 4th St. to recover stolen property and to locate “LB.”

Detectives also obtained corroborating evidence of Hill’s involvement in the burglary. Additional property, believed to be stolen from other burglaries in the Yucaipa area, was found in the residence. A large dump-style utility trailer that was stolen out of the Riverside area was also located and recovered.

On August 3, 2018, Hill was located in the city of Victorville by the Sheriff’s Specialized Enforcement Division and taken into custody. He was booked for the Residential Burglary with bail set at $125,000.