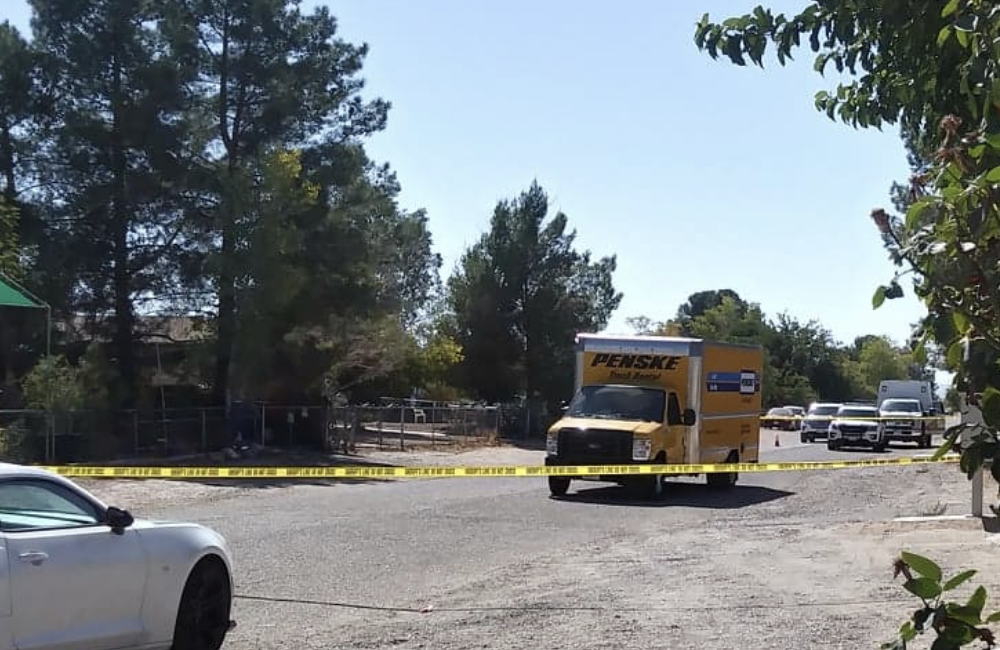 ADELANTO, Calif. (VVNG.com) — Authorities are continuing to search for multiple suspects involved in a commercial burglary at a marijuana cultivating facility in Adelanto that resulted in an officer-involved shooting.

It happened on Tuesday, October 15, 2019, at approximately 2:37 a.m., when sheriff’s dispatch broadcasted an audible alarm from Caliber Organics located at 16176 Beaver Road in Adelanto.

According to a sheriff’s news release, at approximately 2:45 a.m., dispatch received a telephone call from the business owner who had been contacted by his alarm company and was able to remotely view security cameras inside the business.

“The owner saw between 6-8 suspects inside the business and believed they were possibly armed,” stated the release.

The pursuit travelled about five miles through various streets in Adelanto, before the vehicle came to a stop on Panther Avenue near Jay Street.

The driver of the vehicle (unidentified Hispanic male) ran from the scene and was not located.

Two female passengers, Vilma Ojeda 25, a transient and Dalia Lopez, 31, of Fallbrook, were detained at the pursuit’s termination point.

“Through the investigation, it appears there were multiple vehicles and suspects involved in burglarizing the business.  Marijuana and other stolen items were located inside the Penske truck cargo area,” stated officials.

The identities of the Penske driver and other suspects are unknown at this time.

It appears that no one was injured during the incident.  Ojeda and Lopez were booked at High Desert Detention Center for burglary.

The investigation is ongoing and anyone with information is asked to contact Detective Narcie Sousa, Specialized Investigations Division – Homicide Detail at (909)387-3589.