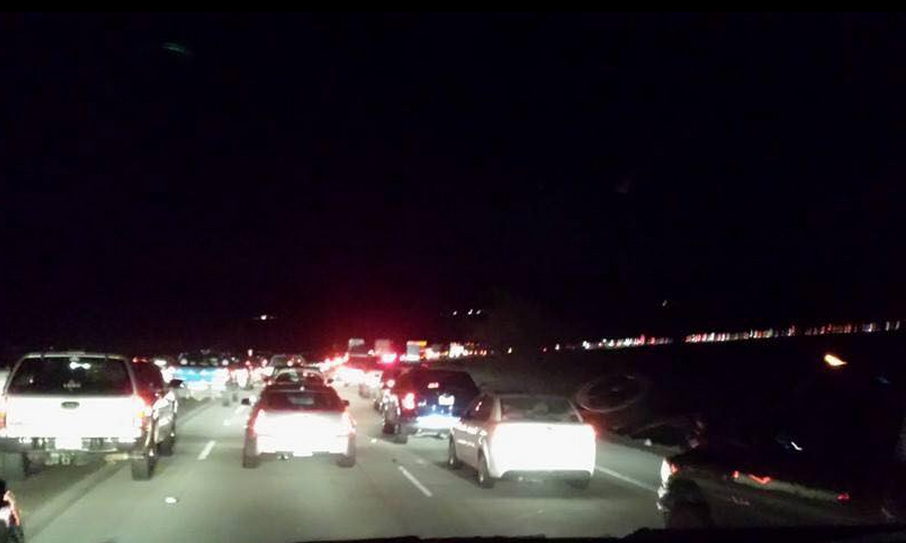 OAK HILLS – (VVNG.com): A brush fire that scorched approximately 2 acres along the northbound 15 freeway is causing slow traffic for commuters traveling up the cajon pass.

On Saturday, November 8th at 7:17 p.m., there was a report of a fire that had started in the brush on the side of the 15 freeway north just south of Oak Hill Road. Air attacks were requested to help quickly battle the brush fire.

According to CHP incident logs, a SIG Alert was issued at 7:48 p.m., closing the #4 lane between 138 and Oak Hill on the northbound side of the freeway.  The closure is expected to last for approximately 2 hours in order to allow firefighters to safely access the area.

San Bernardino Fire Captain Jay Hausman, stated the fire was not a threat to any homes and as of 9:00 p.m., the fire is fully contained. Several units have already been released from the scene due to the fire containment, stated Hausman.

Traffic along the southbound freeway is not being affected.