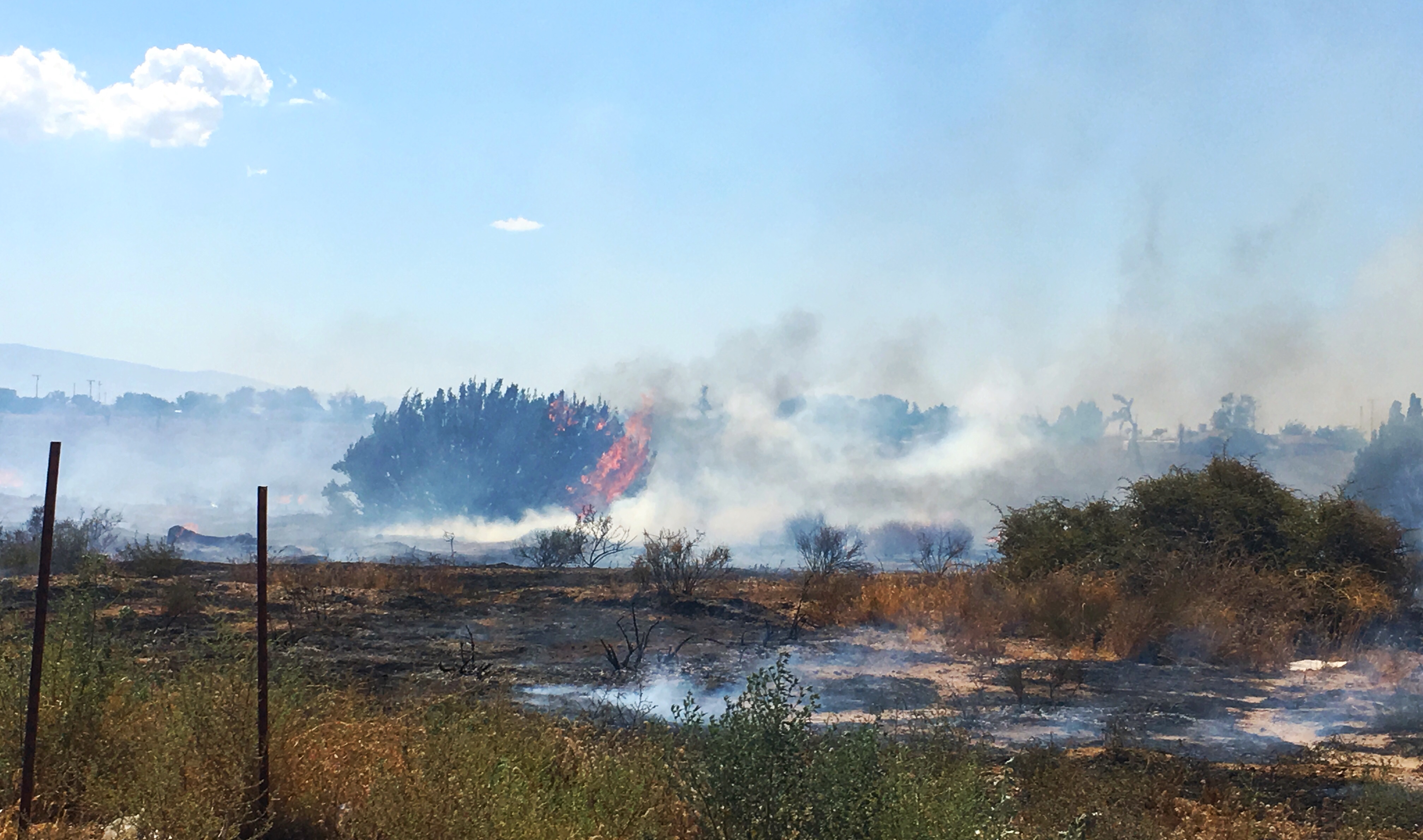 VICTORVILLE, Calif. (VVNG.com) A bush fire that burned along the 10000 block of Amargosa Road was quickly extinguished by firefighters Monday afternoon.

Fire officials did not immediately know how the fire was started but did confirm the fire burned 2 acres before the forward rate of spread was stopped.

Both northbound and southbound lanes on Amargosa Road were temporarily affected as fire trucks accessed the location.

A fire investigator will respond to the scene to determine the cause of the fire.