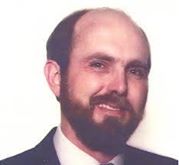 Miller, who was from Kansas was working as an independent contractor for Southern Pacific Railroad. Miller, at the time of the murder, was on a business trip and had been working in Victorville for about a month when he stopped  to pick up two stranded brothers, James Arrowood and Michael Dane Arrowood.

After picking up the brothers whose van had broken down, Miller took the brothers to his Victorville motel room.  Miller showed hospitality to the two by buying them pizza and drinks. Upon finding $1000 in cash in his  motel room, the two decided to rob him.  James Arrowood strangled Miller using a towel, then after he collapsed the two hid his body under the mattress and left in Miller’s truck. Miller’s 1988 Chevy pickup truck was found abandoned in Pomona two days later.

The unsolved May 7, 1991 case was reopened in 2008, close to 17 years after the senseless murder. In September 2010, Michael Arrowood was questioned after investigators found a fingerprint that belonged to him using technology that was non-existent at the time of the initial investigation. Arrowood was arrested in November 2010 for the 1991 murder.  James Arrowood had charges filed against him in 2012 in relation to the case.

After a week-long trial and two days of deliberation the jury came back with a guilty verdict on August 12, 2014. James Dane Arrowood was set to be sentenced on Tuesday, September 9th , but the hearing was continued for October 16th.  He faces 25 years to life in state prison.

Michael Dane Arrowood pleaded guilty last year to voluntary manslaughter in exchange for testifying against his brother James. Michael Dane Arrowood will be sentences on September 19, 2014 in Victorville Superior Court.  Deputy District Attorney Denise Yoakum, who is assigned to the Cold Case Unit and prosecuted the case, will appear on behalf of the District Attorney’s Office.