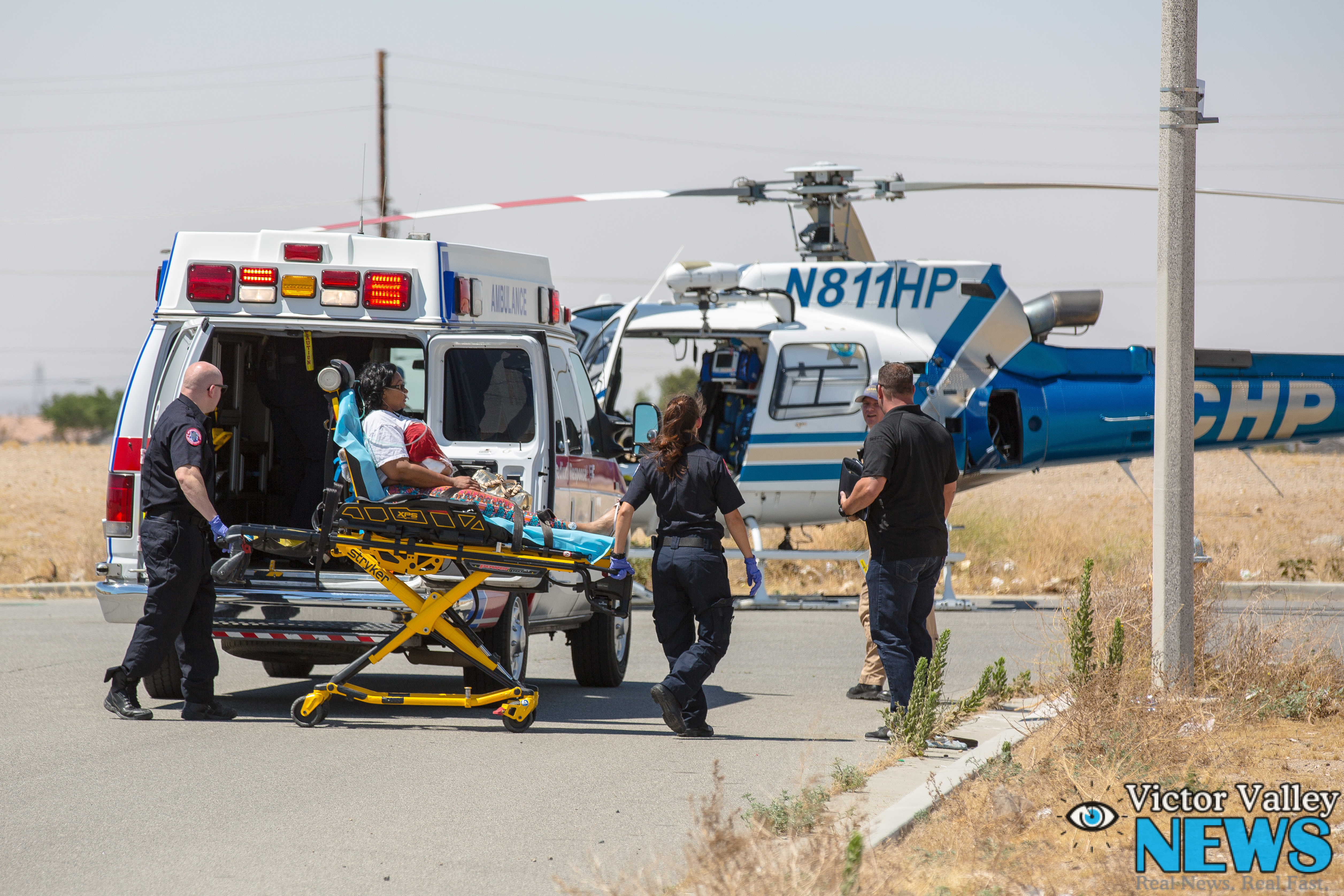 VICTORVILLE:(VVNG.com)- A woman was airlifted to a trauma hospital after she was stabbed on Friday afternoon.

On June 24th at about 2p.m. dispatch received a report of a stabbing on the 13800 block of Hidden Pines Court.

Per scanner traffic, the reporting party stated the victim, a 35-year-old female was stabbed by her little brother who left the scene on foot.

Ground deputies set up a perimeter and the CHP helicopter assisted with aerial support. After an extensive search, a person matching the suspect description was located in a field near the Burger King on Palmdale Road.

Detective P. Solorio with the Sheriff’s Department said the person detained is believed to be the suspect. Solorio confirmed the stabbing occurred inside the residence and they are continuing to investigate the incident.

Per scanner traffic, deputies located a “butcher knife” in front of the residence.

Due to the victim’s injuries, she was airlifted to Arrowhead Regional Medical Center. The woman was alert and coherent as she was transported to the awaiting helicopter.

At this time the motive behind the stabbing remains unknown. More information will be updated as it becomes available.