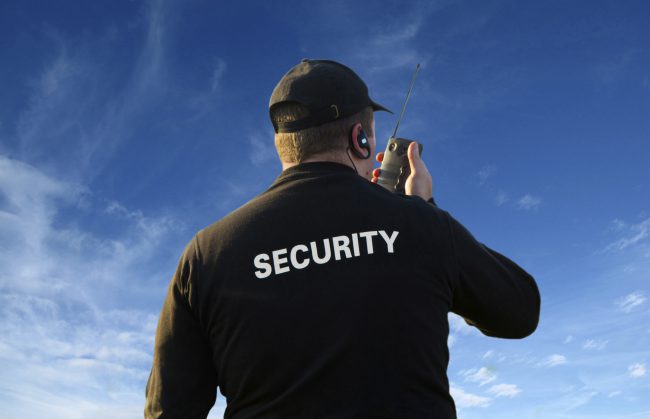 The two officers from Blue Nite Protection Agency, a licensed and insured private security firm based in Burbank, began work on Wednesday.

The hiring of Blue Nite is a response to concerns that the Apple Valley campus has generated a disproportionate number of calls to the Sheriff’s Department, said Betti Colucci, BFA co-founder and principal at the Riverside campus. Those concerns prompted Apple Valley to revoke BFA’s business license, a decision the school plans on appealing at the June 13 town council meeting.

Colucci said an analysis of past calls revealed that most of them originated from BFA staff at Apple Valley, where nearly 60 special needs students attend class in buildings leased from St. Timothy’s Episcopal Church.

“We realized that many of the calls were unnecessary,” she said. “As a responsible corporate citizen, the last thing we want is to be a drain on the community. We already had a security officer at Apple Valley but by hiring Blue Nite, we will have the extra manpower to resolve most of our security issues in-house, thus drastically reducing the need for Sheriff’s deputies to come to the school.”

These changes will mean Sheriff’s deputies will only be called for incidents that merit a formal police report or action, she added.

In addition, Colucci said the school has removed the few students responsible for most of the calls, and has tightened its intake process to screen in-coming students more carefully.

Blue Nite owner Jerry Plascencia, a former U.S. Marine and 26-year police veteran, said at least one of the new safety officers will be an unarmed former or off-duty police officer, able to detain someone until deputies arrive.

Most of the time, however, the safety officers will handle minor incidents such as false alarms, perimeter checks, schoolyard scuffles and verbal confrontations. These types of incidents have represented the bulk of the calls to the Sheriff’s Dept. in the past.

The two additional security officers will patrol the school premises from 8:30 a.m. to 5:30 p.m., as well as be available to respond to emergency calls during non-school hours. They have completed specialized training on how to deal with the school’s population of autistic and emotionally challenged students.

Part of Blue Nite’s duties will be to forge a better working relationship with the Apple Valley Sheriff’s station, said Plascencia.

“As former police officers, we understand the unique needs and demands of law enforcement and make it a top priority to coordinate our school security programs with neighboring police departments,” he said. “That includes sharing our paperwork for incidents that require law enforcement.”

Bright Futures Academy is certified by the California Department of Education and is accredited by the Western Association of Schools and Colleges. Its mission is to provide a safe, personalized and data-driven learning environment for special needs students based on the social skills curriculum pioneered by Father Flanagan at Boys Town.