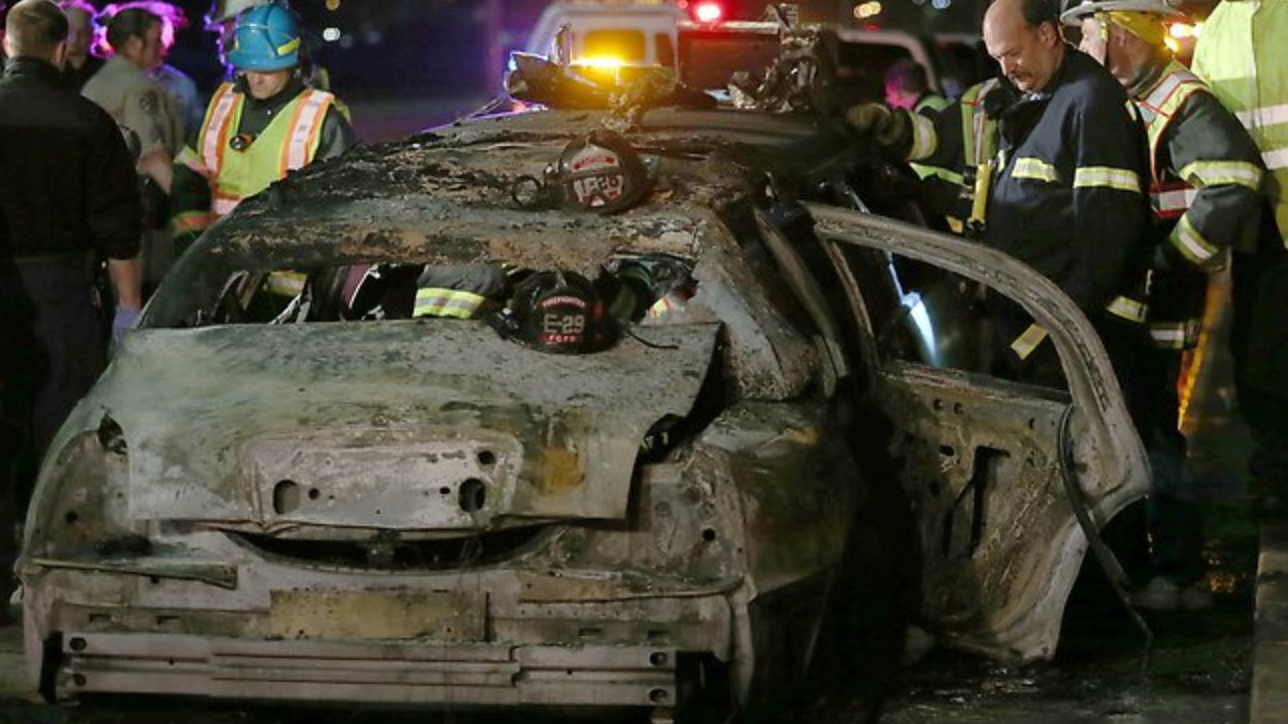 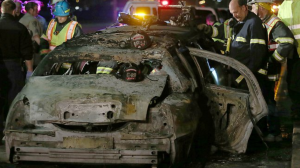 A LIMOUSINE burst into flames on a San Francisco Bay area bridge, killing five women including a bride-to-be who was trapped inside, while injuring four others who escaped.

Five occupants became trapped, while the four others suffered injuries but managed to get out after the vehicle came to a stop on the bridge, the patrol said. The driver, who has been named as Orville Brown, 46, escaped uninjured.

The women were going from a birthday party to the hens party, The San Francisco Chronicle reports.

Rosita Guardiano, 73, mother of one of the survivors, Mary Grace Guardiano, 42, said she was in intensive care for smoke inhalation after the tragic incident.

Mrs Guardiano said she did not know how the fire started.

“She’s OK, but it is very scary,” the mother said.

“Thank God she survived. I’ve been crying all morning.

“My daughter is very sad and crying, too. This was supposed to be such a happy day.”

She said her daughter knew the woman from a nursing home where the two had worked. Staff at the nursing home were shocked after hearing about the fatal accident.

Another survivor has been named as Nelia Arrellano, 36, of Oakland, Arrellano just moved to the Bay Area from the Philippines. She and Amalia Loyola, 48, of San Leandro and Jasmine Desguia, 34, of San Jose, are in hospital recovering.

Montiel said that the victims were all in their 30s. Authorities said the names of the dead would be released once families have been notified.

The blaze occurred around 10pm (3pm AEDT) on westbound lanes of the bridge, which connects San Mateo and Alemada counties, about 32km southeast of San Francisco.

The patrol said that smoke started coming out of the rear of the limo, and the driver pulled over as the vehicle quickly became engulfed in flames. Officers were trying to determine the cause of the blaze, which wasn’t the result of an accident.

Two of the four women who escaped were taken to Stanford Hospital and two others were taken to Valley Medical Center in San Jose. All four are being treated for smoke inhalation and burns. The driver was not injured.

The westbound lanes of the bridge were closed as officers investigated the cause of the deadly fire, but the patrol said one lane of traffic reopened early Sunday.

via Bride to be and five friends die in limousine blaze on San Francisco bridge | The Australian.