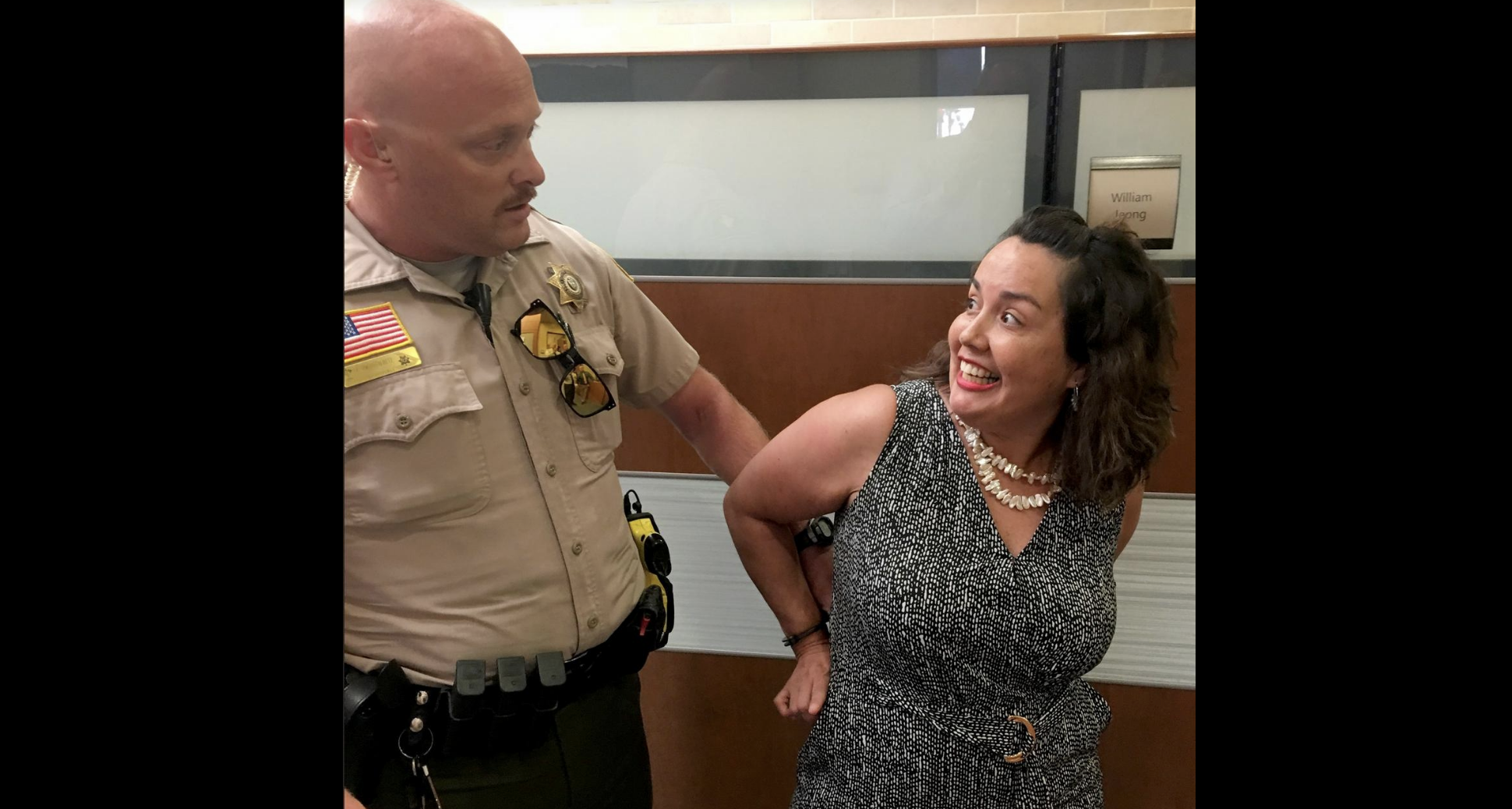 Details leading to the arrest are vague, however, Sheriff’s Spokeswoman Cindy Bachman confirmed the councilwoman was arrested at 9:43 am, at Hesperia City Hall and transported to the High Desert Detention Center. “She will be booked and cite released for Trespassing and Resisting Arrest,” stated Bachman.

The arrest and the entire exchange between Gomez, the sheriff’s deputy, and the Hesperia City Manager was captured on video.

Just before 10:00 am, Victorville Councilwoman Blanca Gomez went live on her Facebook and placed her cell phone on a desk with the camera aimed towards her as she begins typing. Moments later, Hesperia City Manager Nils Bentsen along with a uniformed San Bernardino County Sheriff’s Deputy enter the room.

The deputy says hello and introduces himself as Deputy Crosswhite with the sheriff’s department. Ms. Gomez is then heard asking, “am I being arrested?”

As the deputy attempts to grab the cell phone from the hands of Gomez the two enter into a scuffle. The deputy is heard telling Gomez to stop resisting and to place her hands behind her back. Gomez is heard saying she is not resisting and that she is recording.

City of Hesperia Spokeswoman Rachel Molina told Victor Valley News, Gomez was at Hesperia City Hall accompanying a potential City Council candidate and the City would be issuing a press release on the incident.