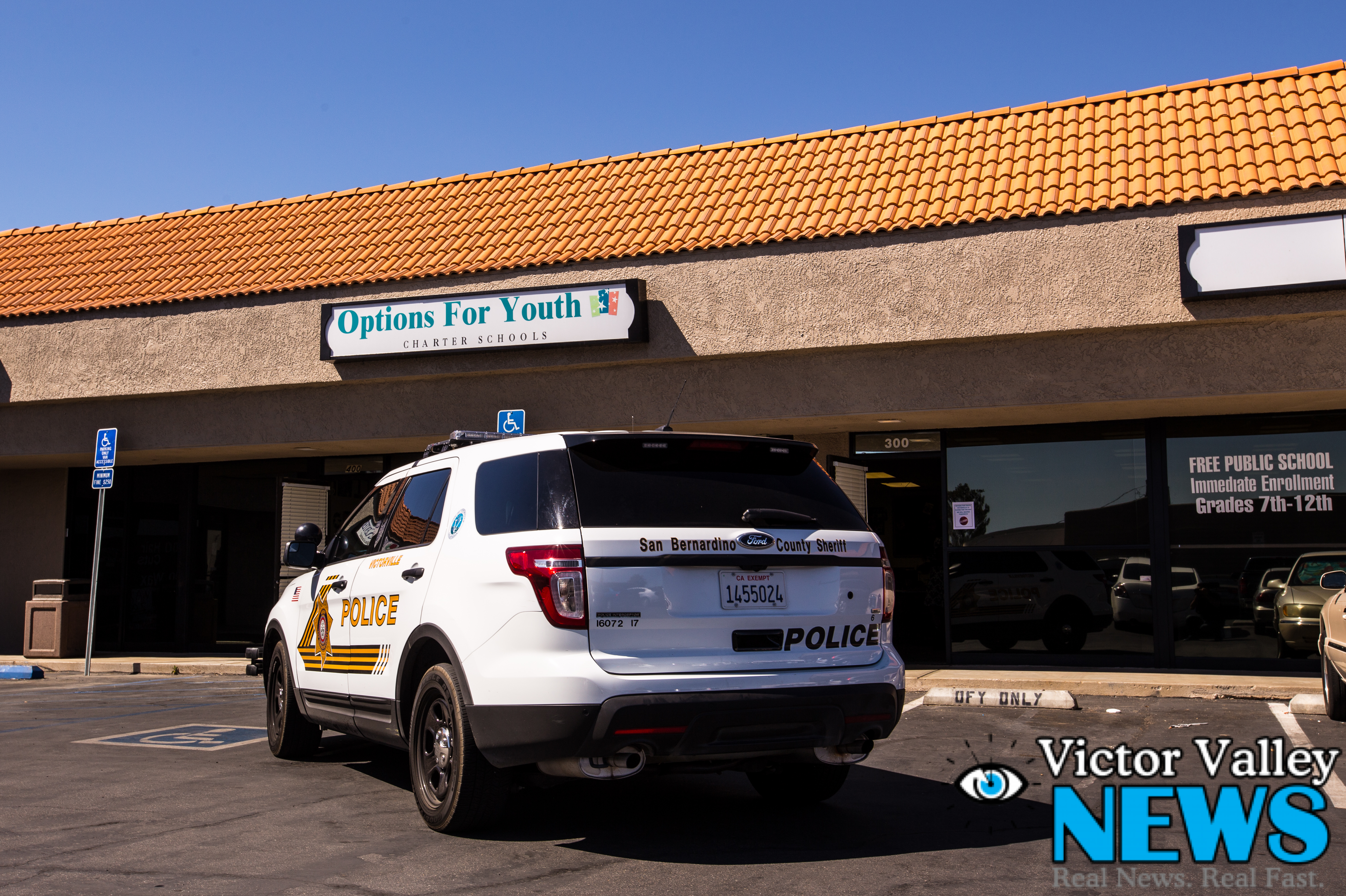 UPDATE @ 5:00 PM- Authorities have identified the suspect as a 15-year-old male who is currently on the run and wanted for attempted murder.

The suspect and victim, a 13-year-old male, were attending class at Options for Youth. For unknown reasons, the suspect stabbed the victim several times in one of the restrooms before fleeing from the location. The victim sustained puncture wounds to his hand, forearm and abdomen.

Anyone with information regarding this incident is urged to contact the Victorville Station, Detective Randolph at (760)241-2911. Callers wishing to remain anonymous are urged to call the We-Tip Hotline at 1-800-78-CRIME (27463) or you may leave information on the We-Tip website at www.wetip.com.

VICTORVILLE:(VVNG.com)- Police and fire are responding to the Options For Youth Charter School located on the 14700 block of 7th Street in Victorville following an alleged stabbing at the location.

Per scanner traffic, dispatch received multiple reports that a student had just stabbed another student in the stomach. The stabbing was reported at approximately 9:13 A.M., on Wednesday, July 15, 2015.

The victim, a male juvenile, was stabbed in the lower abdomen and will be transported to Loma Linda Medical Center by ground ambulance.

The assailant, described as a Hispanic Male Juvenile approximately 15-18 years of age ran from the location after the stabbing. Police are searching the area for the suspect.