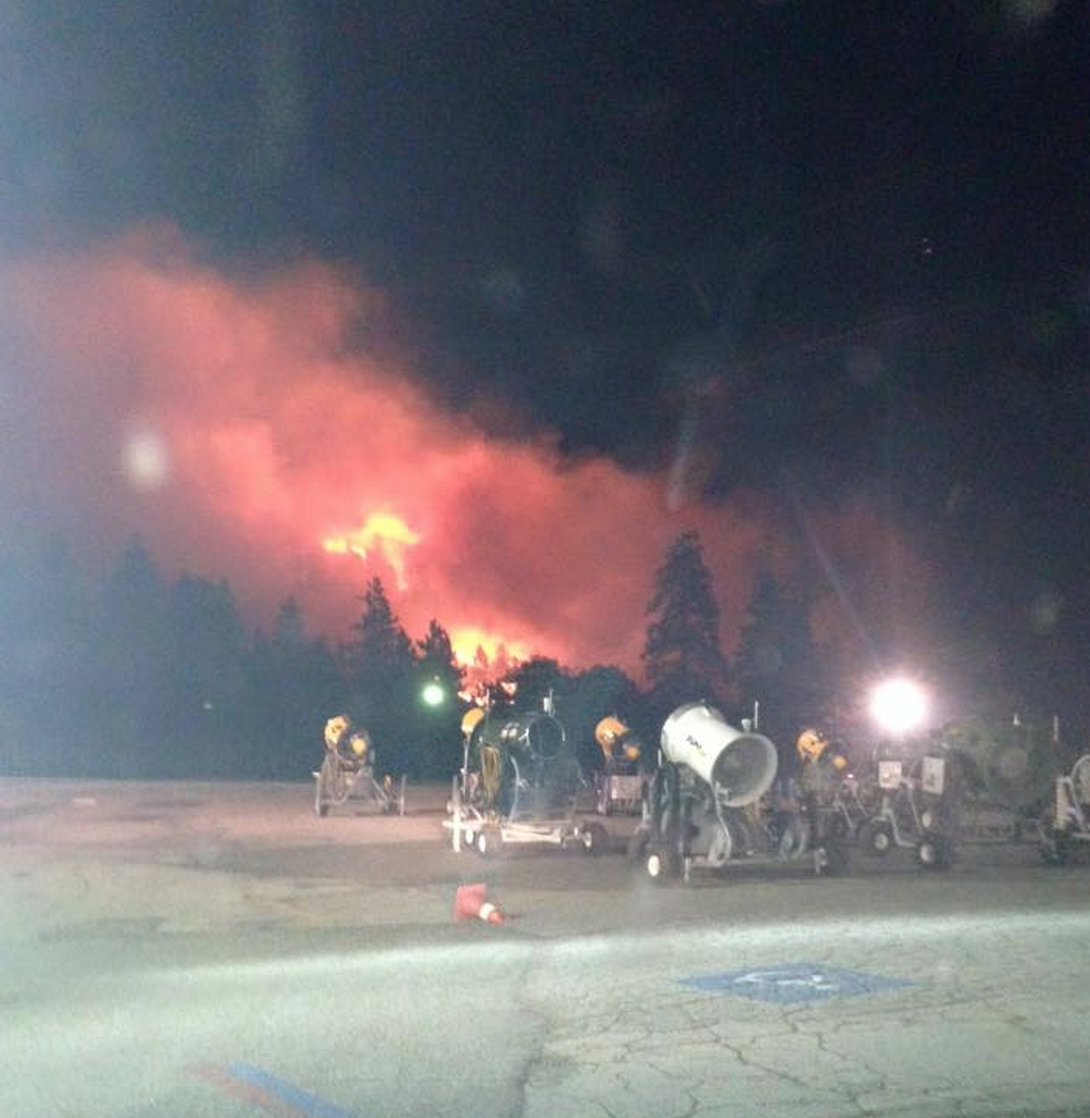 WRIGHTWOOD:(VVNG.com)- A new fire has broken out near the town of Wrightwood north of Table Mountain. Dispatch started receiving reports just after 10:00 P.M., on Friday, July 17, 2015.

San Bernardino County Fire stated, the fire is currently at three acres in size with heavy timber and is moving up-slope. Structures are currently threatened.

A command center has been established at Mountain High west. Firefighters assigned to the actively burning North Fire, have started to make their way to the new Pine Fire.