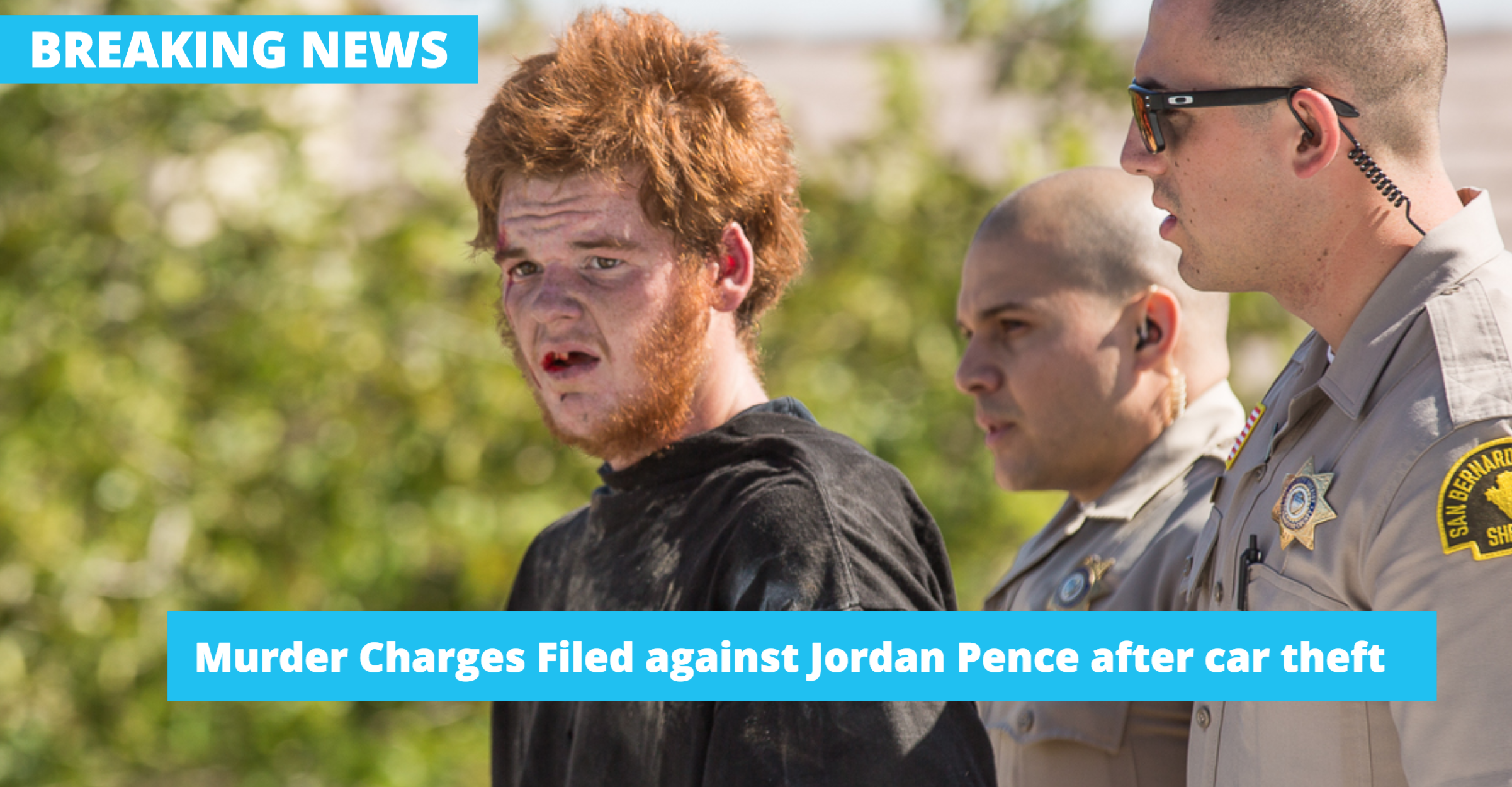 HESPERIA, Calif. (VVNG.com) The suspect who stole a vehicle that ended with the victim being killed during the commission of a crime is now being charged with murder.

On October 25, 2017, Jordan Lee Pence, a 20-year-old transient of Hesperia, stole a truck from his victim, 18-year-old Patrick Chambers, as Chambers was working his shift at the Hidden Tavern on Main Street.

After the suspect fled in the truck, Chambers got into the passenger side of his friends Camaro and then began following Pence eastbound on Main Street as he notified the police of his whereabouts.

However, as Pence attempted to turn onto E Avenue from Main Street, the stolen truck experienced a malfunction that caused it to deposit engine oil on the roadway for approximately 1000 feet. As the truck stopped near the intersection, the suspect fled on foot.

Chambers’ co-worker chased down the suspect and held him down until authorities arrived, that’s when a deputy who was responding to the call struck and killed Chambers in a freak accident as he stood near his friend’s Camaro.

It was determined through investigation that the deputy attempted to stop near the Camaro, but due to the oil deposits left behind by the truck,  the patrol car slid and was unable to stop, hitting the passenger side of the Camaro and striking Patrick Chambers, officials said.

Initially, Pence was booked for Assault with a Deadly Weapon and Possession of Stolen Property and was held in lieu of a $100,000 bail.

Following the tragic incident, many members of the community felt that Pence, although he didn’t hit Chambers, should be responsible for the teen’s death.

“Pence should be given manslaughter, his actions caused an innocent life to be lost,” wrote Kevin Campos. However, not all agreed.

Others, including Jason Lomax, the owner of the Hidden Tavern, believes the deputy should bear some responsibility.

“Just because you have a badge, it doesn’t mean you cannot be held responsible,” said Lomax to an ABC7 news reporter.

However, members of Patrick’s family has publicly shared their feelings on the situation.

“As his blood cousin, I am not mad at the officer. There was an oil spill and he slid into my cousin, it was a freak accident,” Kali Dell West wrote on Facebook.

On Friday, court records showed that Pence, who was already on probation for a previous crime that he was accused of last month, is facing several charges including Murder and Committing a Crime while on Bail or Enhancement, Carjacking, and vehicle theft.

To follow this story and more, join our group on Facebook with over 106,000 members. VICTOR VALLEY NEWS.

RELATED ARTICLES: 18-year-old killed in a deputy-involved collision in Hesperia.