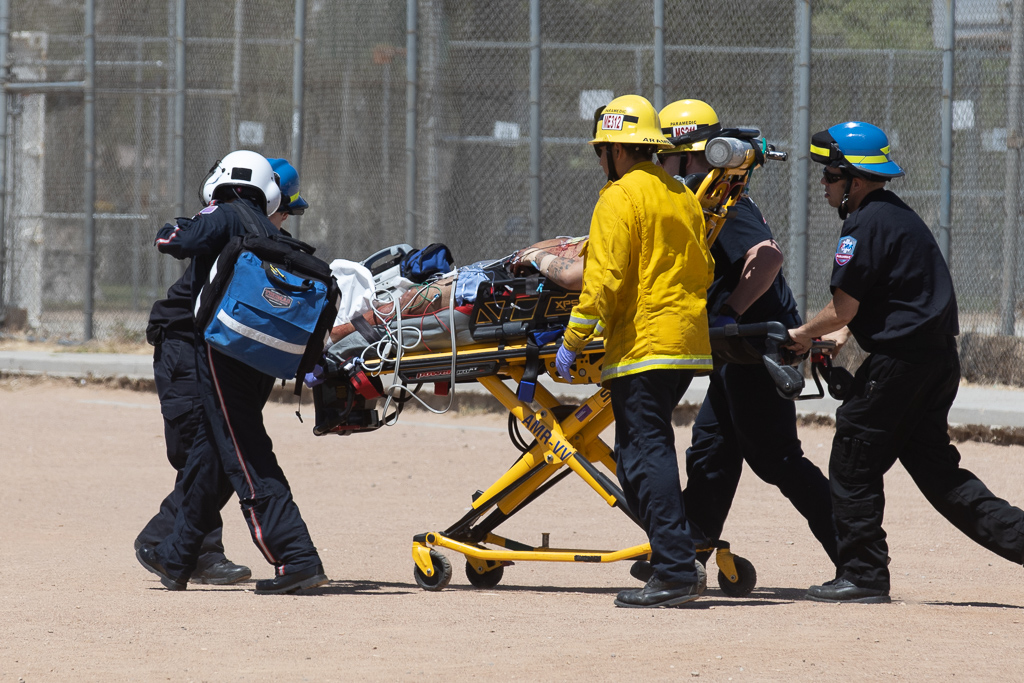 VICTORVILLE, Calif. (VVNG.com) — A man was shot while inside his garage across the street from Hook Park Sunday afternoon.

Victorville Sheriff’s Deputies and the City fire department responded to the area of Arlette Drive and Wildrose Street just after 1:30 p.m. and found a victim suffering from multiple gunshot wounds.

“We have a Hispanic male adult who was shot twice in his chest, and other than those details we are still investigating,” stated Sheriff’s officials.

Deputies are still searching for the gunman but did not provide further details.

“I came outside and noticed the man was covered in blood,” stated a neighbor who said they heard three gunshots. “He was talking and he looked like he was going to be ok,”

Mercy Air helicopter landed at Hook Park at about 1:50 p.m. to transport the man to a trauma center.

Sheriff’s officials taped off the immediate area and are conducting an investigation into the shooting.

This story is developing and will be updated as more information is made available.