Just before 5:00 p.m. on May 26, 2017, Sheriff’s Deputies from the Victorville Station responded to a shots fire call in the Home Depot parking lot at 15655 Roy Rogers Drive.

When Deputies arrived they located an unresponsive black male adult suffering from a gunshot wound.

The victim was transported to a local hospital where he was pronounced dead according to Sergeant Steven Pennington with the San Bernardino County Sheriff’s Department- Victorville Station.

Sheriff’s officials said the armed suspect remains at large. However, there were several witnesses who described the suspect’s vehicle as a black Honda that fled the scene.

A large Portion of the Home Depot parking lot is closed off at this time for the remainder of the day as authorities investigate. 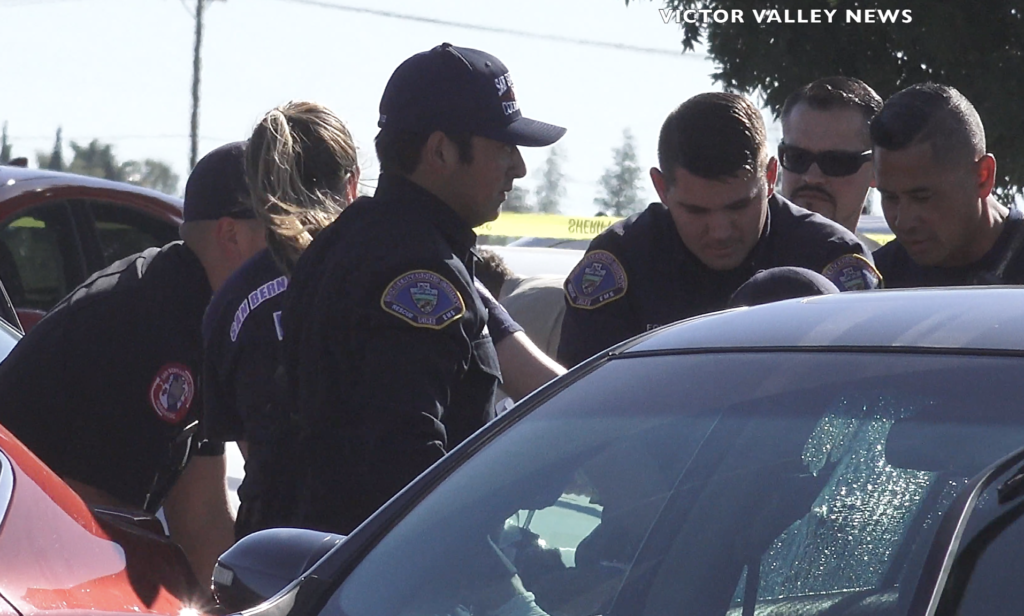 A vehicle had a shattered window from the bullet, it’s not yet known if it was the victims car.