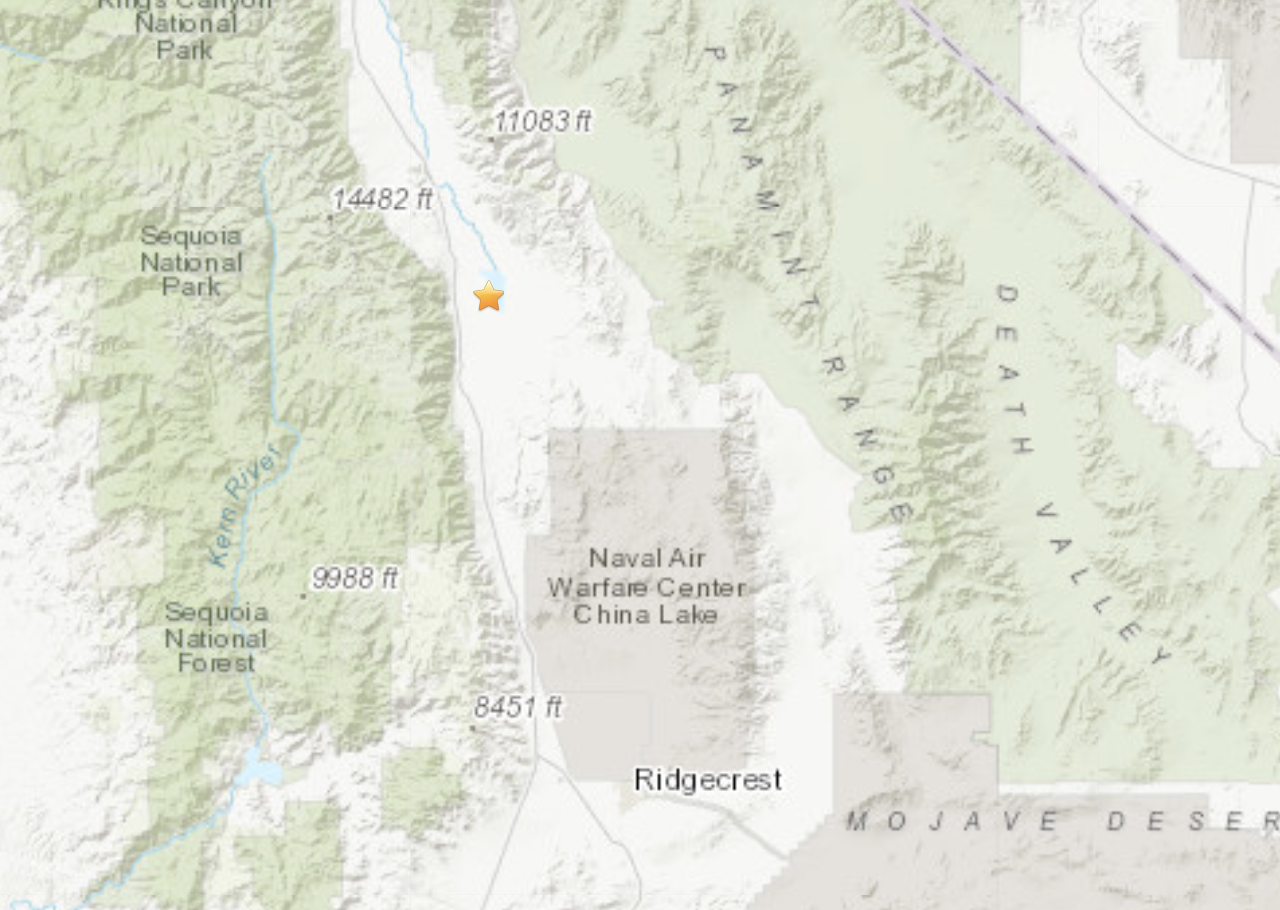 LONE PINE, Calif. (VVNG.com) — A preliminary 5.8 magnitude earthquake was reported at 10:40 AM near Lone Pine, California on Wednesday.

According to the USGS, the quake was initially reported as a 6.0 magnitude, however, upon further review, it was downgraded to a 5.8.

Many people in the Victor Valley including Barstow have reported feeling the earthquake. The quake was described as a small but long jolt. The City of Anaheim tweeted and said the earthquake was also felt there.

Did you feel it? Comment below and let us know.