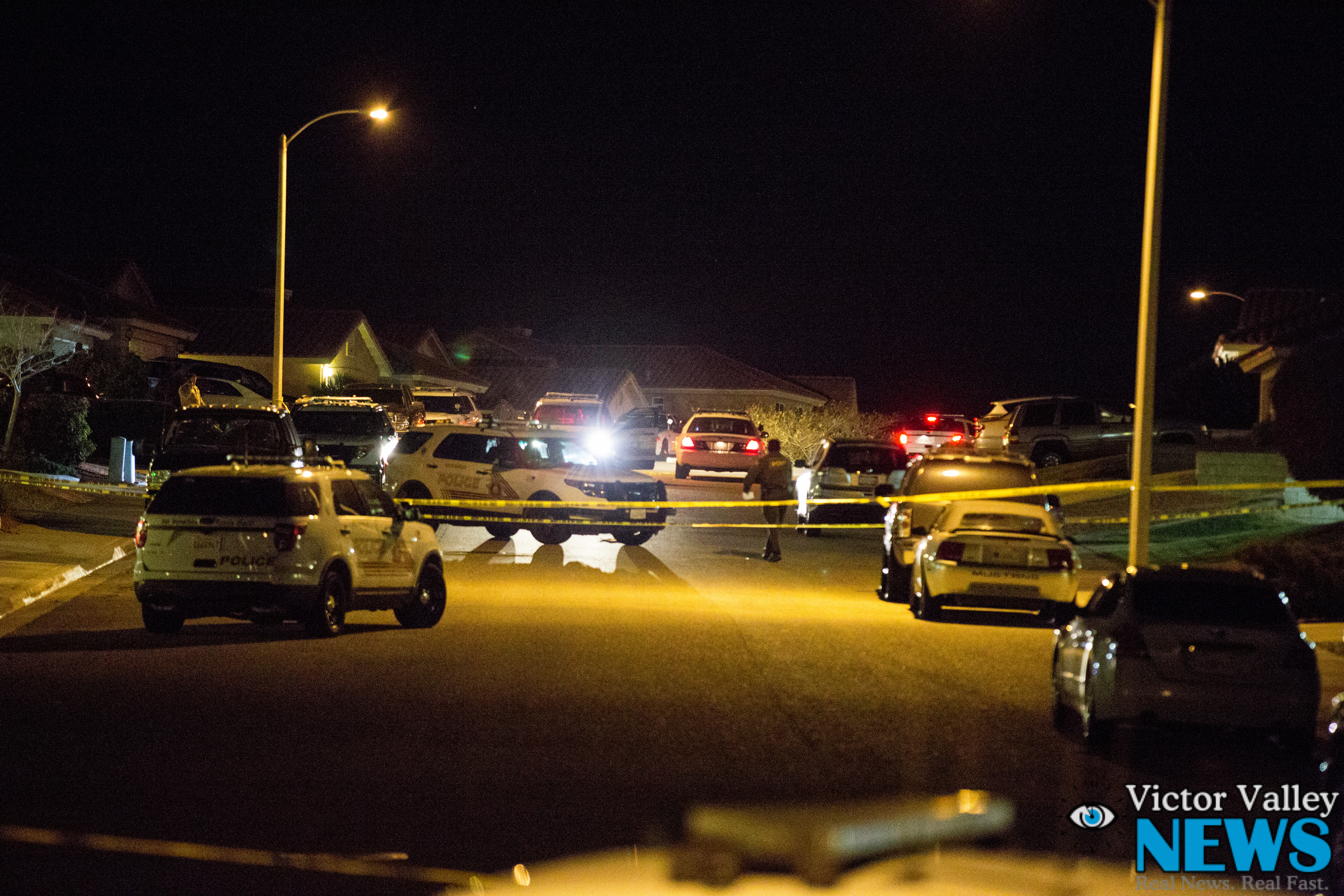 VICTORVILLE:(VVNG.com)- Police responded to a residence on the 17500 block of Electra Drive in the community of Spring Valley Ridge following a report of a shooting.

At about 9:50 PM., on Tuesday, March 8, 2016, dispatch received a report that a male had shot his mother inside of a residence.

Per scanner traffic, the reporting party stated the suspect was depressed and had been drinking for several days. The suspect was described as a Hispanic male adult, 25-30 years of age, 5’8″, 200 lbs., with tattoos and a shaved head. The suspect fled the location on foot armed with a handgun.

A San Bernardino County Sheriff’s helicopter responded to assist ground deputies with aerial support. Following an extensive search the suspect was located at an unknown location. Per scanner reports, A deputy broadcasted he had one at gunpoint and a few seconds later he reported the suspect had shot himself.

Due to the ongoing investigation deputies were unavailable to comment. More information will be updated as it becomes available.

UPDATE: Man Kills Mother Then Himself