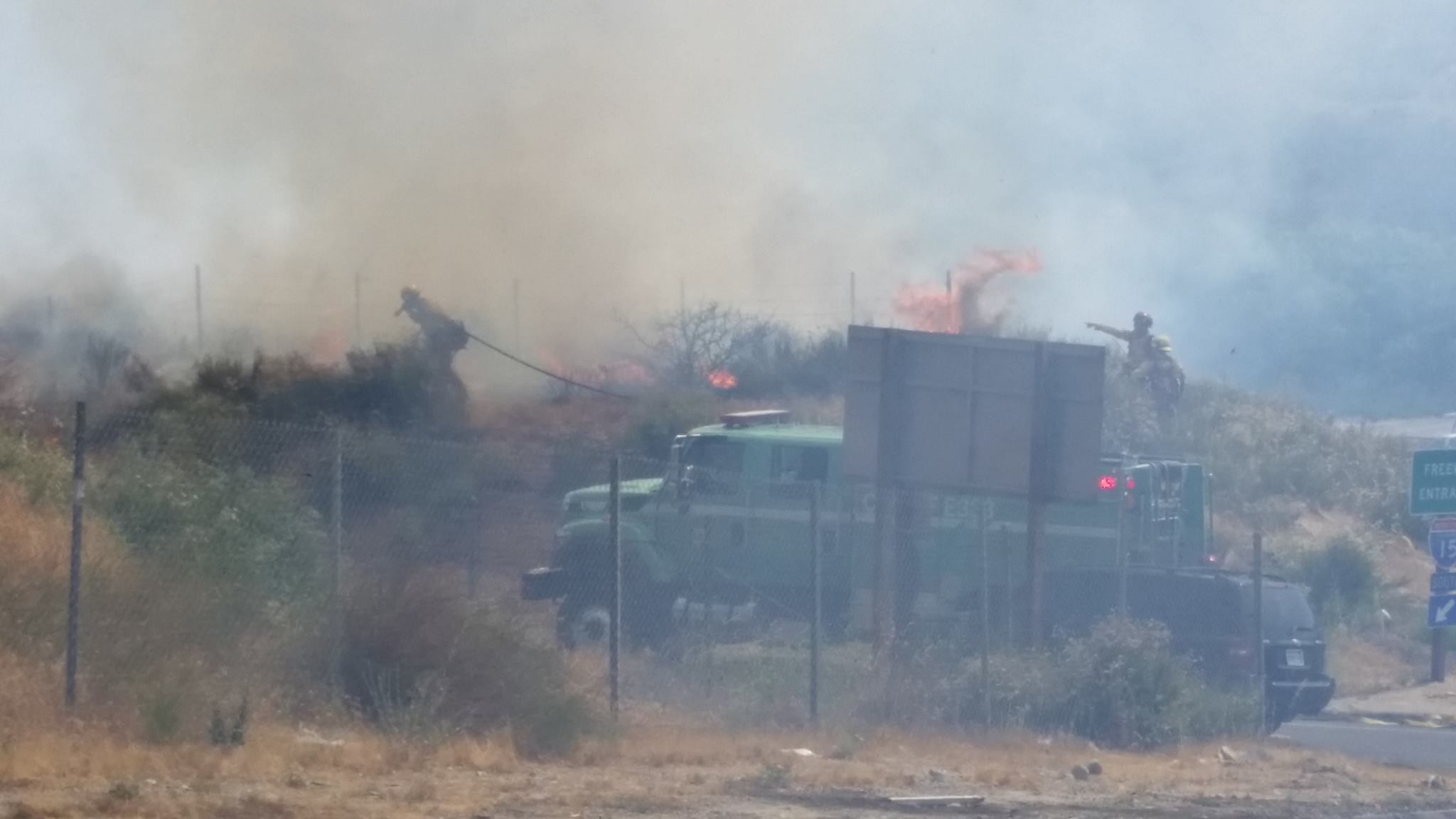 UPDATE @ 3:55 PM – According to fire officials, firefighters have a wet line around the fire and the fire is now out.

UPDATE @ 3:45 PM– The fire is holding at 2-3 acres and canceling additional incoming units not already on scene.

UPDATE @ 3:30 PM – Per CHP incident logs, The Cleghorn onramp and offramp on the southbound side of the freeway will be closed.

CAJON PASS:(VVNG.com)- Just after 3:00 PM, on Wednesday, June 1st dispatch received numerous reports of a fire in the Cajon Pass.

Per scanner traffic, a tree was reported to be on fire along the southbound 15 freeway near the Cleghorn exit.

U.S. Fores Service is already on scene attempting to put out the fire. San Bernardino County Fire is also responding to the brush fire. CalTrans cameras show a large plume of white smoke in the Cajon Pass.

As of 3:20 PM, freeway traffic is not currently being affected by the fire. According to a witness at the scene, the fire is burning on the west side of 15 freeway where Cajon Blvd. meets the 15 south of highway 138 approximately 25 yards from the freeway.

Firefighters are currently battling a brush fire in the Cajon Pass. (Photo by Garrett Schual‎)

Firefighters are currently battling a brush fire in the Cajon Pass. (Photo taken by Garrett Schual‎)