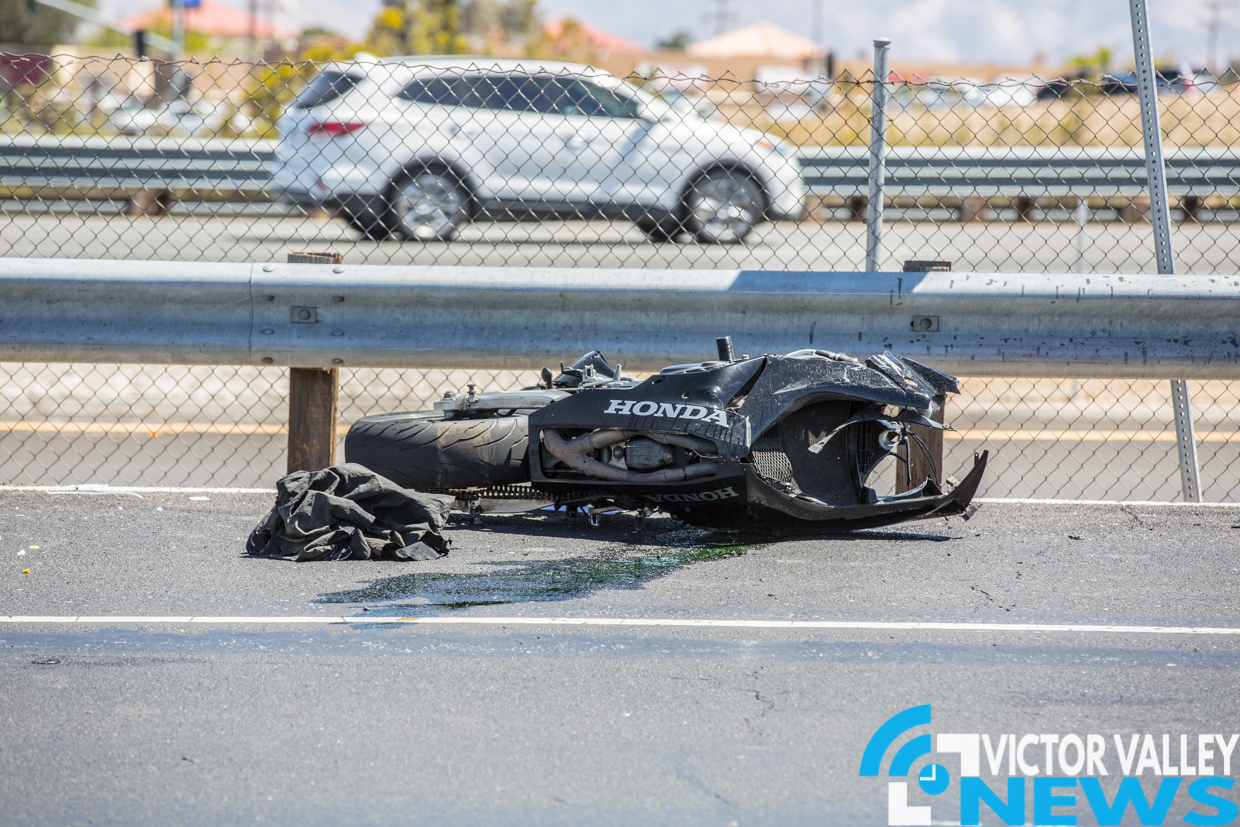 The accident was reported around 1:25 p.m. directly in front of the Red Lobster restaurant when the male rider lost control while traveling northbound. The bike was split in two pieces after it careened into the metal guardrail, causing the rider to be ejected.

“I was pulling out of the Mall parking lot to make a right on Amargosa Road and I heard a loud screech and then heard the motorcycle skidding on the ground,” said Nolo Ali.

Several Good Samaritans immediately called 911 and rushed the man’s side to comfort him with words of prayer while encouraging him to keep breathing.

“It looked like he opened his eyes for a moment and he was faintly breathing,” said Ali.

The rider was transported to Desert Valley Hospital where he later died of injuries sustained during the crash. He was pronounced deceased at 1425 hours, per scanner reports.

Amargosa Road will be closed between Mall Blvd. and Bear Valley Road for several hours while the Major Accident Investigation Team (MAIT) processes the scene. Motorist are encouraged to avoid the area.