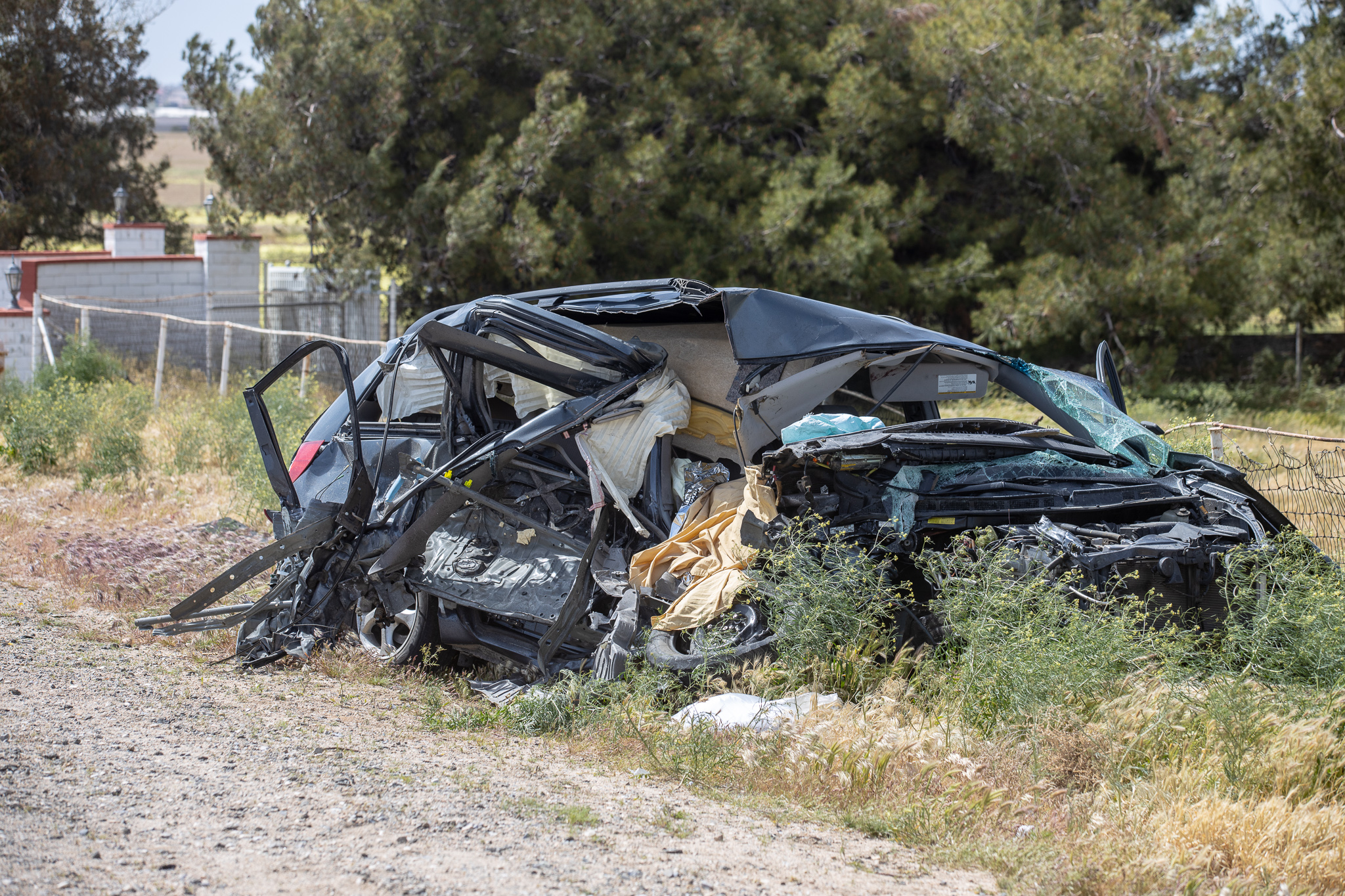 APPLE VALLEY, Calif. (VVNG.com) — One person was killed in a crash that shut down Bear Valley Road this Sunday afternoon, and several others were injured, officials told Victor Valley News.

“The Apple Valley Fire responded with a battalion chief, a rescue, a ladder truck, and a type-1 engine,” Battalion Chief Buddy Peratt said in a video statement with VVNG.

A white Nissan Rogue SUV, a white Chevy Blazer and a charcoal grey colored Toyota minivan were all involved, and all sustained major damage.

Inside the Toyota they found a deceased passenger. Witnesses say she was a female.

The male driver of the Toyota sustained major injuries and had to be flown to a trauma center.

The CHP helicopter H80, landed at the scene to fly the man to Loma Linda University Medical Center.

According to Deputy B. Mahoney, the driver of the Toyota reportedly made an abrupt change and crossed into the #1 lane, then crossed over into oncoming traffic and went head-on into the white Blazer.

Officials are still investigating the crash.

“Due to a major traffic collision, there is a hard road closure westbound Bear Valley at Deep Creek Road, and eastbound at Cottontail Road until further notice,” stated the Apple Valley Police Department.

This is a breaking news story, check back for updates