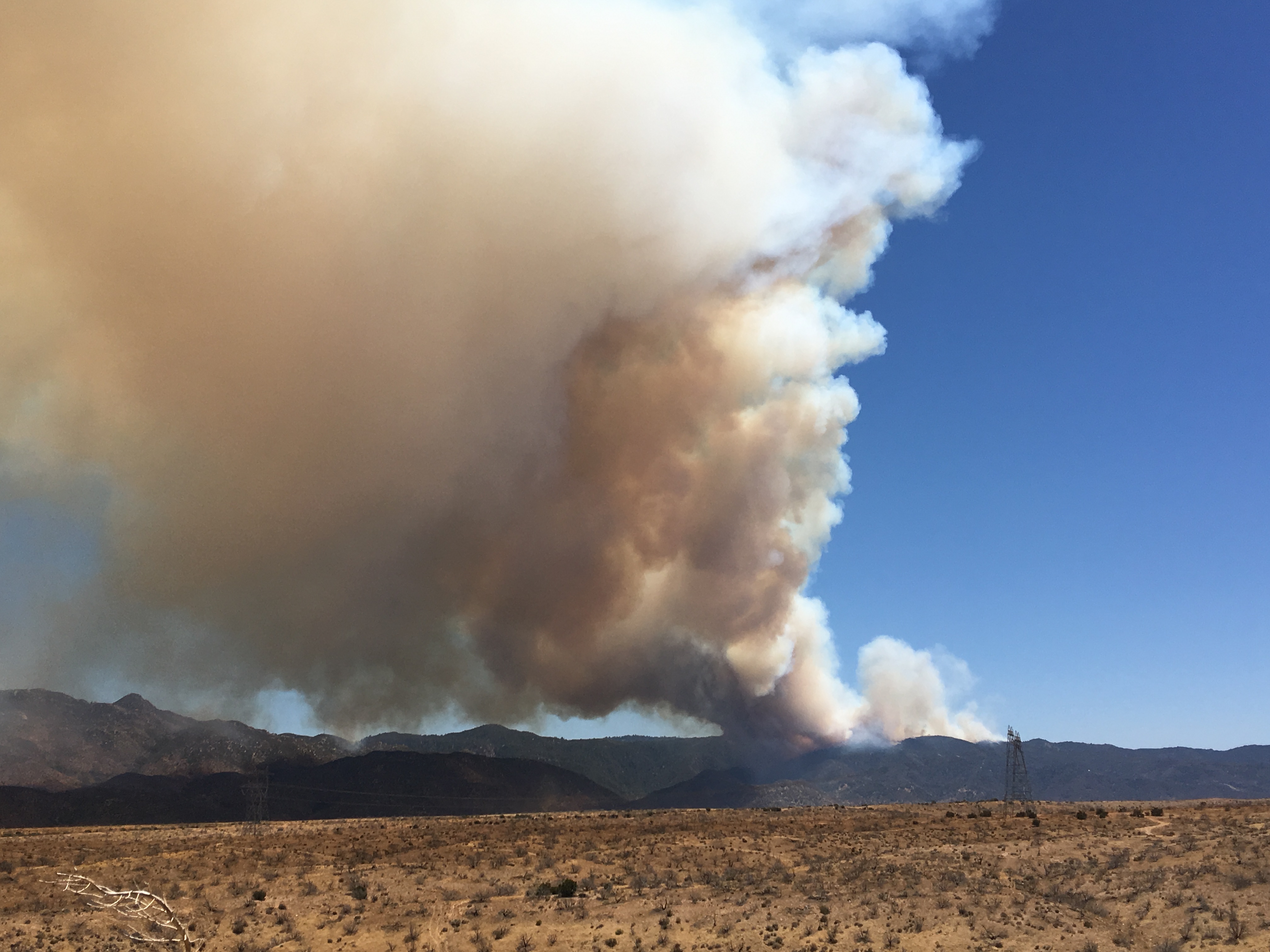 The fire dubbed the Pilot Fire was first reported at about 12:15 p.m. on Sunday, August 7th.

According to San Bernadino County Fire the fire is burning near Pilot Rock Ridge above Lake Silverwood.

The large column of smoke is quickly over taking the blue skies and has burned an estimated 50 acres. The large flames are visible from the city of Hesperia.

As of 1:45 p.m. there are no immediate structure threats or evacuations.

At this time the cause of the fire is under investigation.