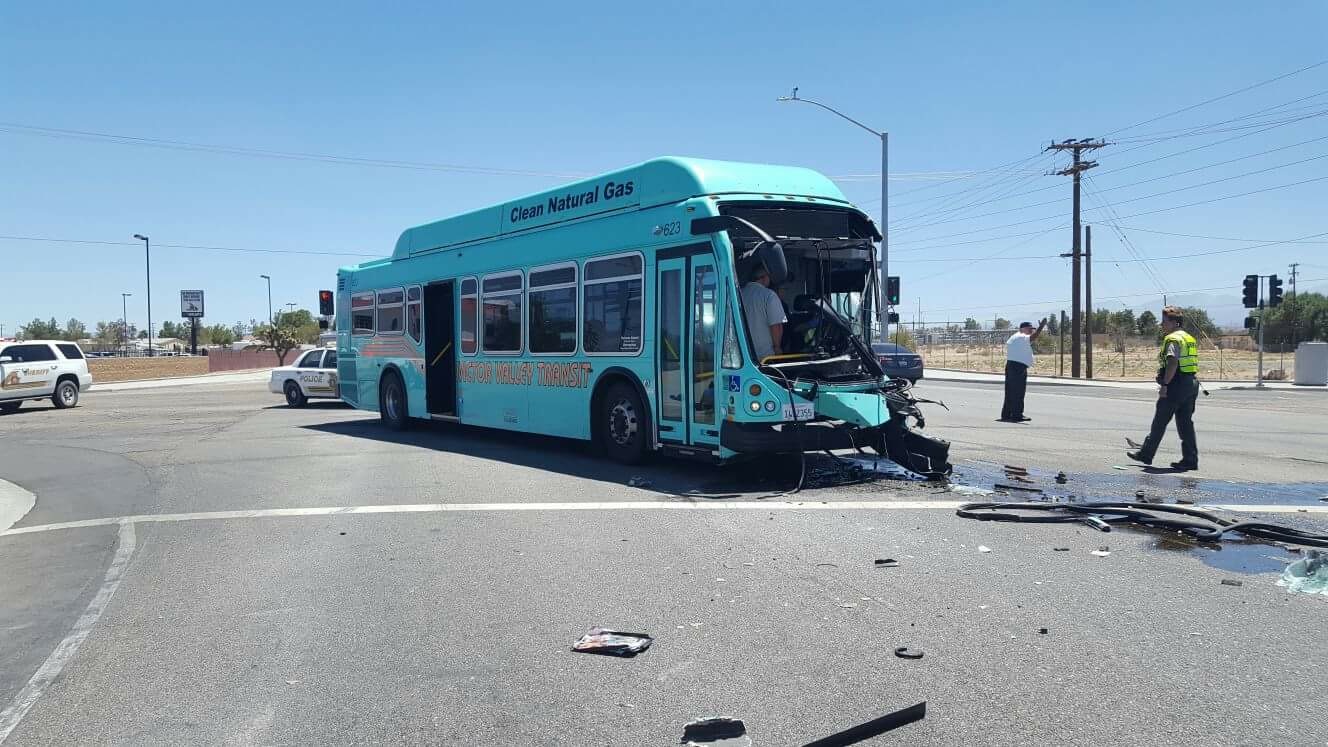 The crash involving a city bus and a semi was reported at about 1:40 p.m. on Wednesday, July 13th at the intersection of US Highway 395 and Bartlett Avenue.

According to a witness at the scene, the semi ran a red light causing the collision. Bus # 623 was occupied by about 8 passengers at the time of the crash.

Multiple ambulances are responding to treat patients with non life threatening injuries. An air ambulance was initially requested to airlift the driver of the bus but was later cancelled.

The semi is stopped on US Highway 395 near Chamberlain. At this time the official cause of the accident is under investigation.