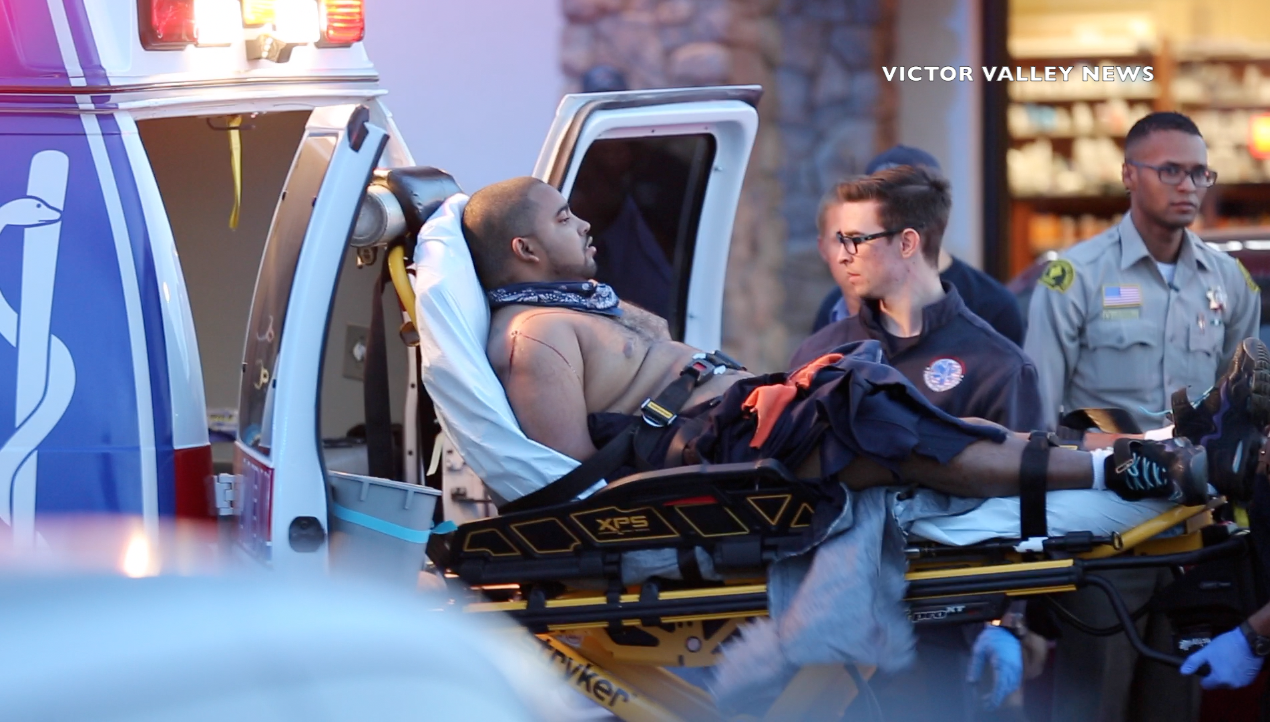 APPLE VALLEY, Calif. (VVNG.com) One suspect was shot and another fled during an attempted robbery of a pharmacy in Apple Valley.

At approximately 6:59 p.m. 911 received a call from Jonathan’s Pharmacy referencing a suspect shot by the pharmacist after two armed men entered the facility.

The wounded suspect, a black male adult, remained injured at the scene while his accomplice fled in a dark colored vehicle described as a black Nissan Altima.

The Sheriff’s helicopter (40King) was called in to assist deputies with searching the area for the vehicle.

The at-large suspect is described as a black male adult and left in an unknown direction.