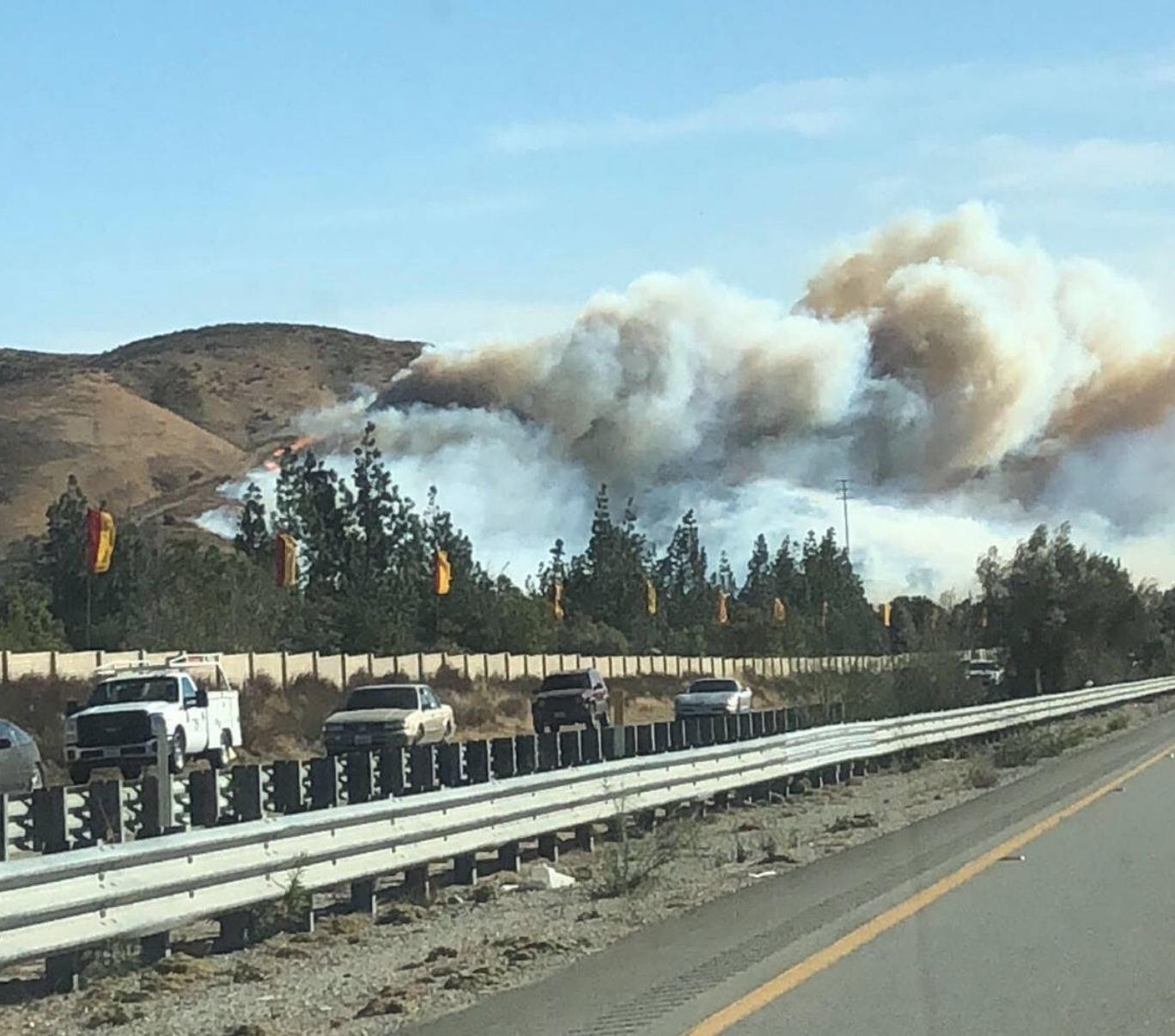 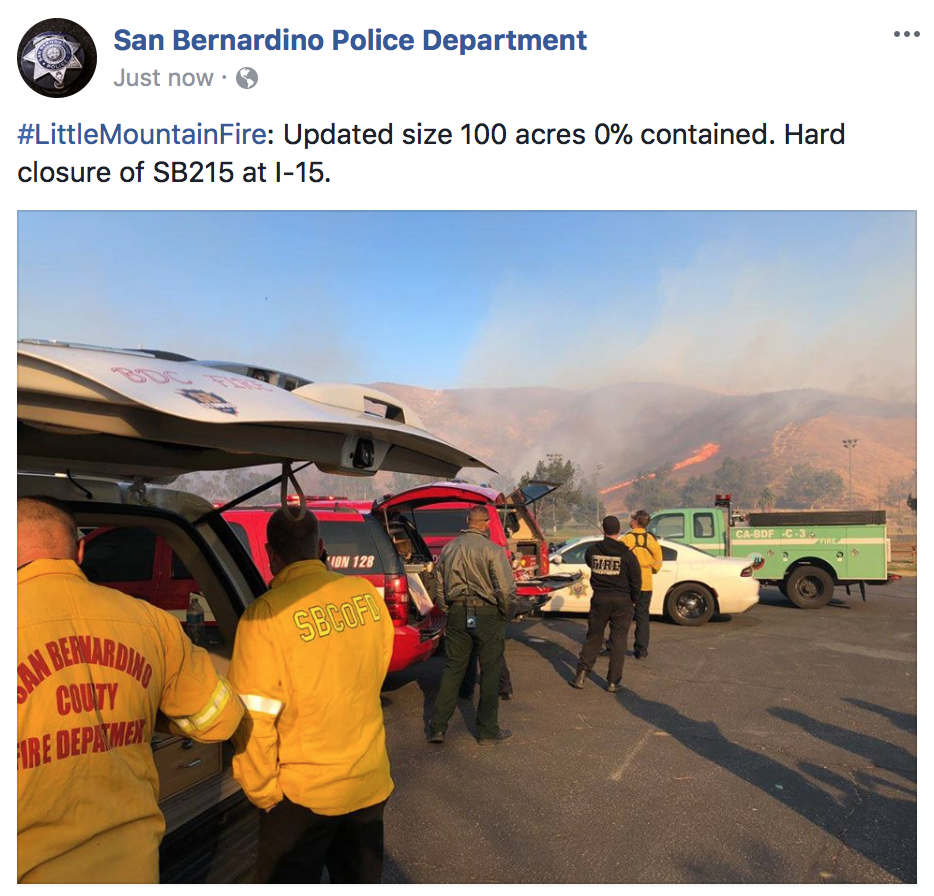 UPDATE  @ 2:00 PM – According to ABC7 reporter Rob McMillan – there are two burn victims (not three) and one of them is in critical condition at ARMC. Information on how they were burned is currently unknown.

UPDATE @ 1:55 PM – The Edgehill Apartment complex off Little Mountain is under mandatory evacuations.

UPDATE @ 1:4O PM – The neighborhood next to Shandin Hills is under MANDATORY evacuation. The strong Santa Ana winds are continuing to rage and push the flames.

SAN BERNARDINO, Calif. (VVNG.com) – A fast-moving, wind-driven fire has prompted officials to shut down the 215 freeway in San Bernardino.

At about 12:40 pm, dispatch received multiple reports of a brush fire near University Parkway and west Varsity Avenue.

The vegetation fire, dubbed the Little Mountain Fire is currently at 25 acres with potential for a rapid rate of spread and threatening structures, according to a tweet from San Bernardino County Fire.

Fire crews are requesting the neighborhood north of Shandin Hills Golf Course to be evacuated. Ambulances have been requested to treat three burn patients, according to an SB County Fire tweet.

CHP Officer Brian Alvarez confirmed the 215 freeway is closed in both directions from SR-210 to Palm//Kendall until the smoke clears. 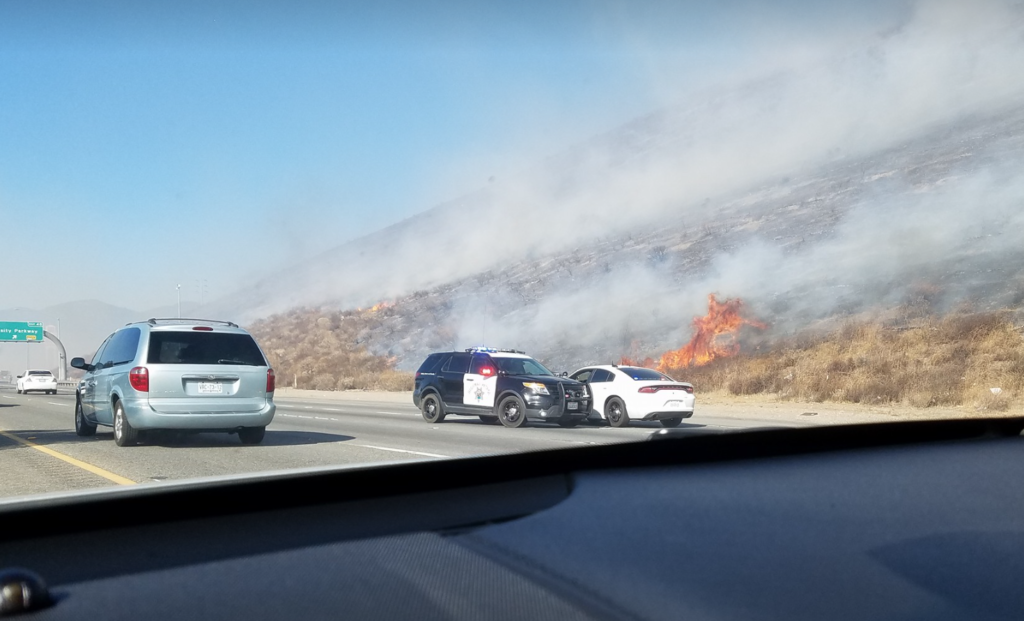 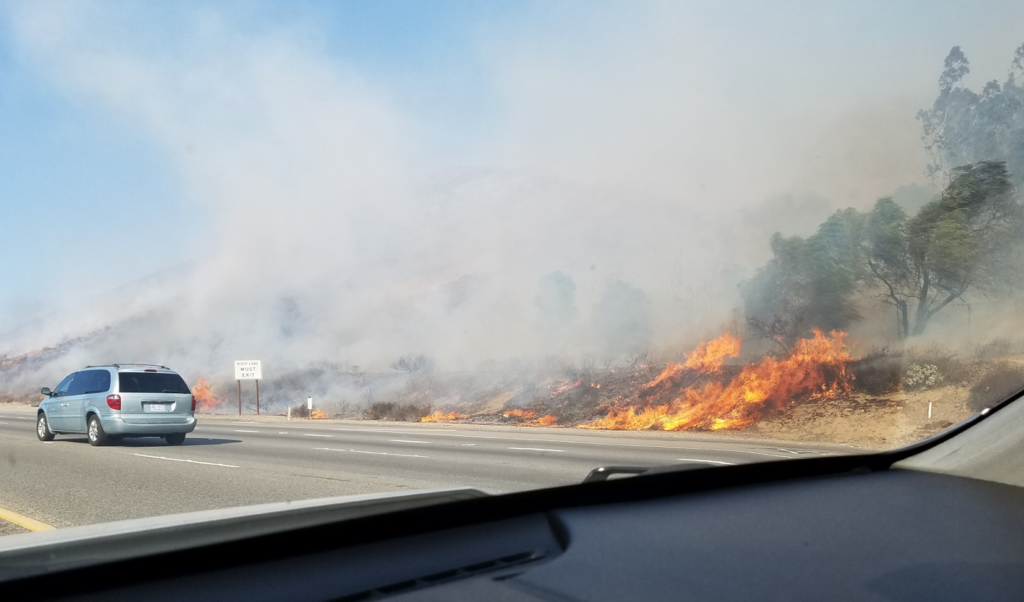 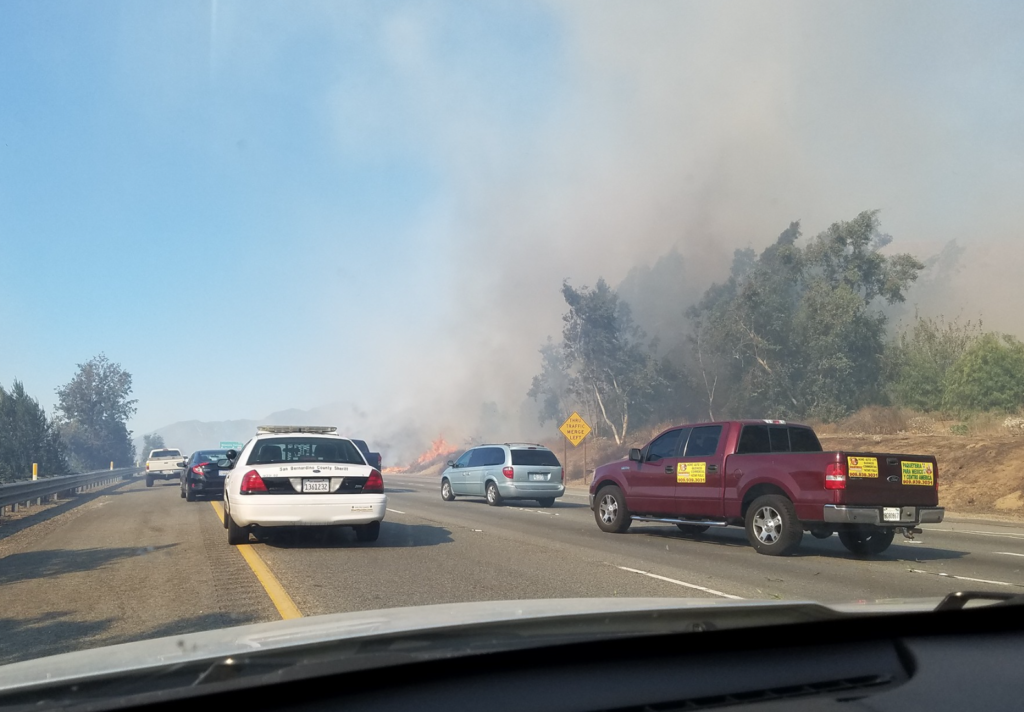