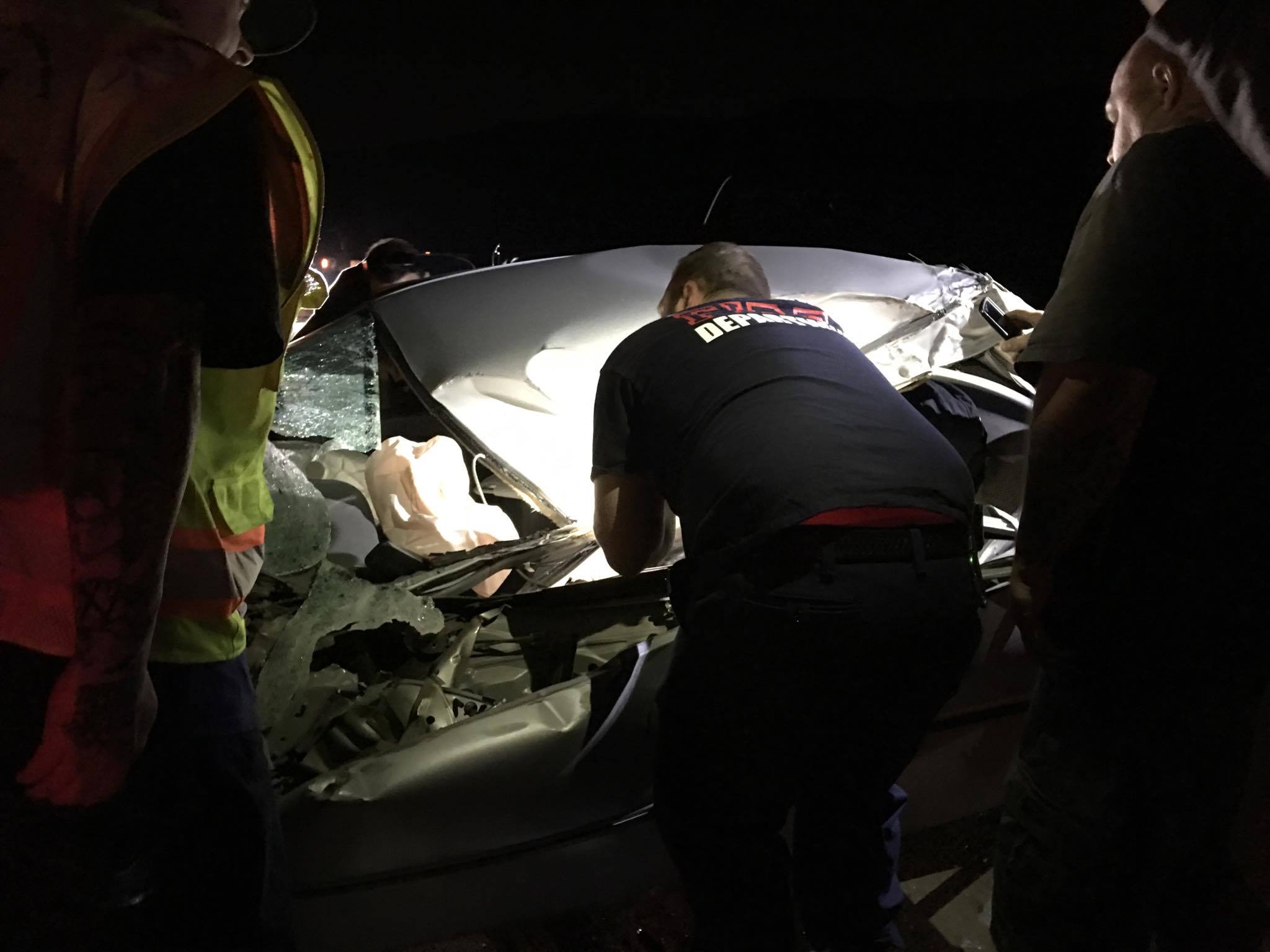 UPDATE @ 10:50 PM – The vehicle, a late 90’s beige Ford Escort occupied only by a 35-year-old male driver was traveling at a high rate of speed in the emergency lane and collided into the rear of a stopped black Chevy Dually Z71. The impact caused the Dually to move approximately 30 feet.

According to a source, the Dually belonged to a construction worker who had parked the truck along the left shoulder of the freeway.

CAJON PASS:(VVNG.com)- According to the California Highway Patrol incident logs, one person was killed in a major damage traffic collision on Monday night.

The two vehicle crash was reported at 9:43 PM, on the northbound 15 freeway between Blue Cut and Cleghorn.

When first responders arrived on scene they pronounced one person dead on arrival. An extrication would be required to access the deceased.

Per CHP logs, the No. 1 and No.2 lanes are currently closed and the coroner’s has been requested to respond to the scene.

No further information is available at this time. Please check back later for more details.