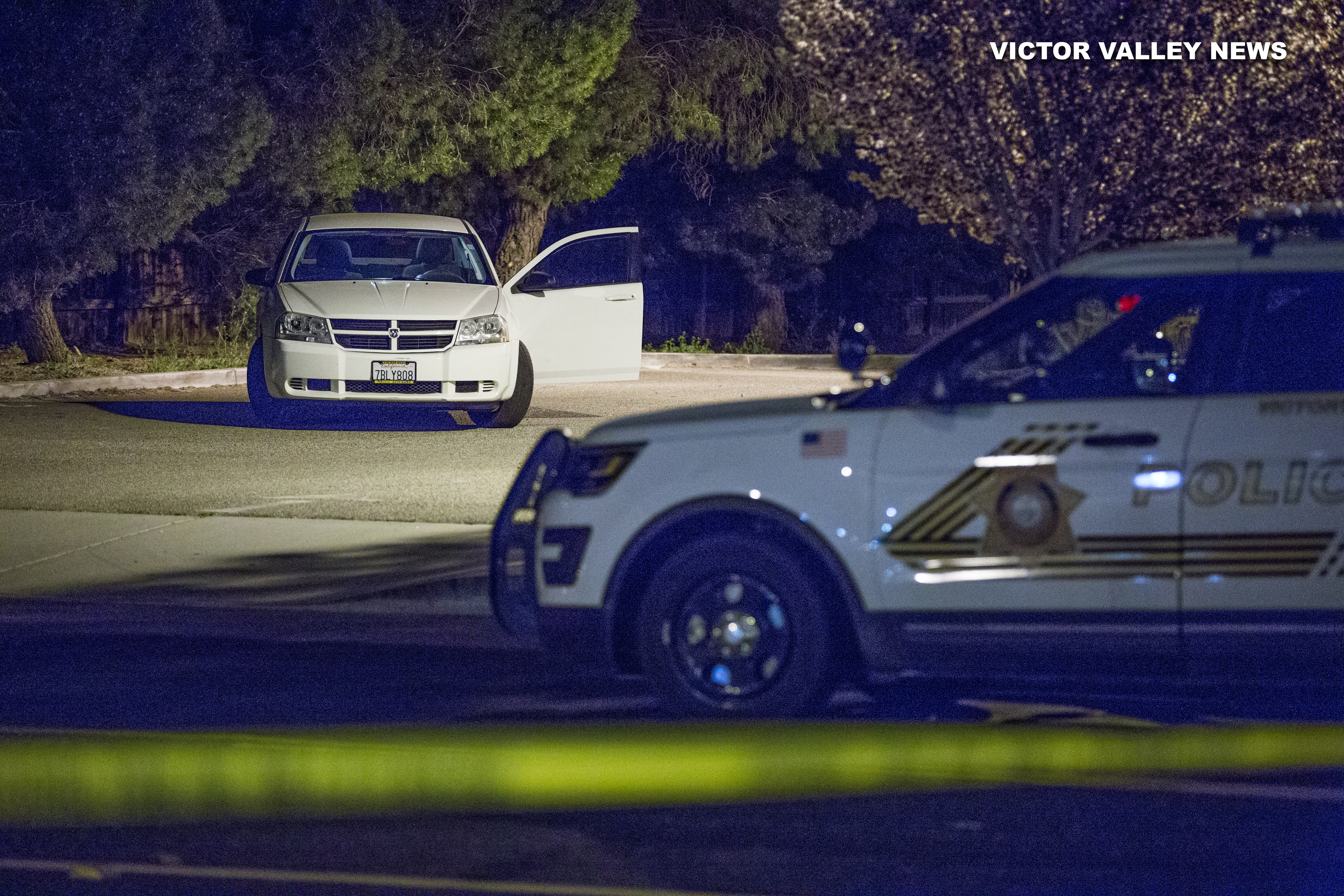 VICTORVILLE, Calif. (VVNG.com)– Authorities have released the name of the suspect responsible for brutally murdering a woman at Hook Park Wednesday night.

On Wednesday, March 15, 2017 at 8:26 p.m. deputies responded to reports of a male beating a female in the parking lot of Hook Park on 14973 Joshua Street in Victorville.

Responding deputies arrived and immediately made contact with the male who was attempting to leave the area, authorities said.

Medical aid responded and pronounced the victim, an adult female dead at the scene.

Walter Gonzalez Maravilla, 25, a transient, was taken into custody and booked at High Desert Detention Center for murder.

According to a sheriff’s press release, detectives spoke to several witnesses and determined that Maravilla and the victim went to Hook Park on Wednesday evening and Maravilla began assaulting her until she appeared to be unconscious. He then he got into the victim’s vehicle and drove over her body. Maravilla then began driving away from the scene when he was stopped and detained by responding deputies.

Detectives also determined that Walter Maravilla and the victim had been involved in an inconsistent boyfriend/girlfriend relationship.

Maravilla was taken into custody without incident and booked at High Desert Detention Center for Murder. Public court records show that Maravilla is not eligible for bail and he’s scheduled to be arraigned in a Victorville courtroom on Friday, March 17, 2017.

Anyone with information regarding this investigation is urged to contact Detective Troy Mooradian, Sheriff’s Homicide Detail, at (909)387-3589. Callers wishing to remain anonymous are urged to call the We-tip Hotline at 1-800-78-CRIME (27463) or you may leave information on the We-Tip Hotline at www.wetip.com.