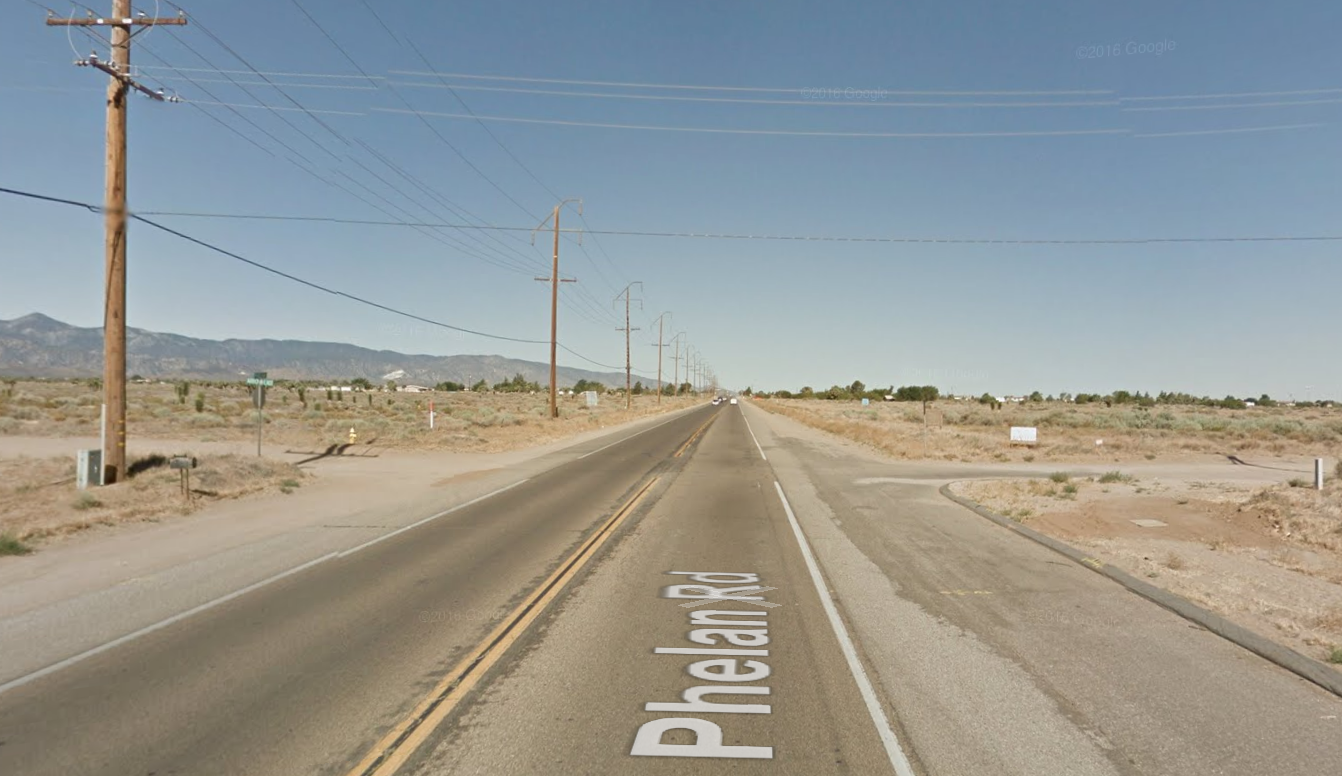 PHELAN, CALIF. (VVNG.com)- An 11-year-old boy riding his bicycle to school was transported to a local hospital after he was struck by a vehicle Tuesday morning.

On October 4, 2016, at approximately 7:50 p.m. CHP units responded to Phelan Road at Arrowhead Road for a traffic collision involving a 2001 Mercedes versus a bicycle.

It was determined that an 11-year-old male was riding his Mongoose bicycle eastbound on the westbound right shoulder of Phelan Road.

The Mercedes, driven by 31-year-old Desiree Dawn Burns, a resident of Phelan, was traveling southbound on Arrowhead Road stopped at the stop sign with Phelan Road.

As the 2001 Mercedes prepared to make a right turn on Phelan Road, the front of the Mercedes collided with the left side of the bicyclist.

Both parties came to rest within the intersection of Arrowhead Road and Phelan Road. It was determined the bicyclist suffered moderate injuries including a laceration to his right ankle as a result of this collision.

The bicyclist was transported to Desert Valley Hospital by San Bernardino County fire. Drugs or alcohol were not a contributing factor in this collision. The incident is still under investigation by the Victorville CHP office.

Drugs or alcohol were not a contributing factor in this collision. The incident is still under investigation by the Victorville CHP office.