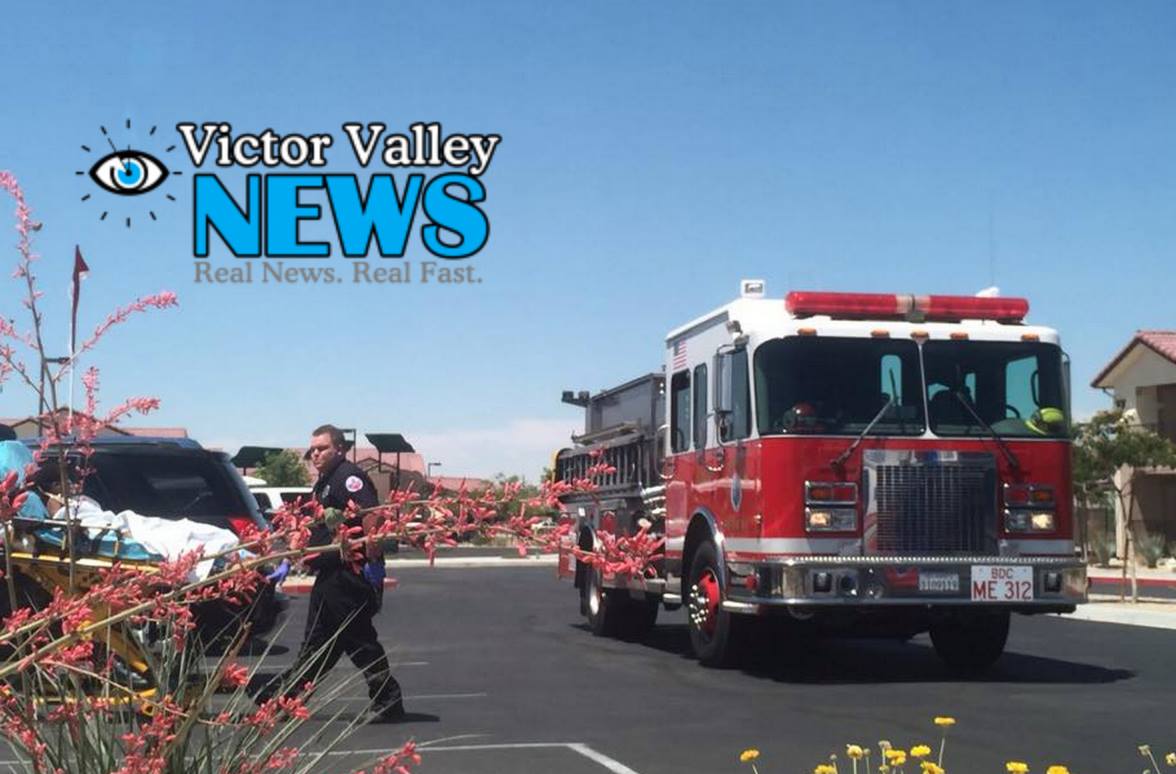 VICTORVILLE-(VVNG.com): Per scanner traffic, dispatch received a report of a male juvenile drowning in a pool located at the Rancho Seneca Apartments located at 14779 Seneca Road at approximately 1:45 p.m. on Wednesday, June 17th.

San Bernardino County firefighters arrived to find the boy pulled from the pool by a bystander after nearly drowning. The boy was reportedly alert and crying.

The child was taken by ground ambulance to a designated landing zone at Hook Park where an air ambulance was requested to transport the child.

The boy was determined to be awake and breathing, but was airlifted to Loma Linda Children’s Hospital as a precautionary measure.

This story will be updated as information becomes available.

[box type=”warning” align=”aligncenter” class=”” width=””]”In secondary drowning, fluid builds up in the lungs, called pulmonary edema, after a near-drowning incident. The fluid causes trouble breathing. A person who had a drowning close call can be out of the water and walking around normally before signs of dry drowning become apparent.” (source: WebMD)[/box]