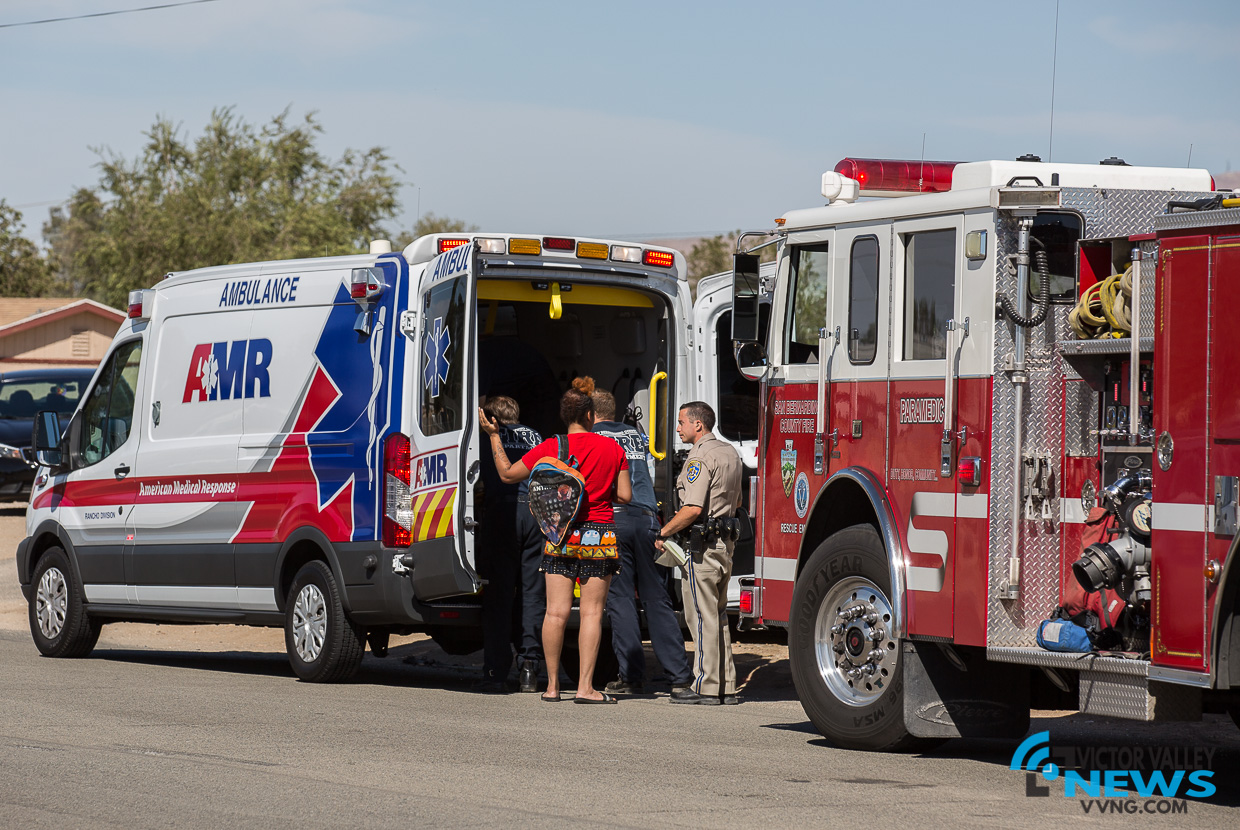 VICTORVILLE, Calif. (VVNG.com) — A 6-year-old boy walking home from school was transported to a local hospital after he was struck by a vehicle.

It happened on Monday, September 24, 2018, at about 2:15 pm, in the area of Cobalt Road and Begonia Road in the unincorporated area of Victorville.

Officers with the California Highway Patrol Victorville station responded to the scene following a report of an auto vs pedestrian.

Through investigation, officers determined that a 6-year-old male juvenile had been dropped off at a school bus stop at this location.

Officials said the bus was parked facing northbound on the east side of the road with its lights activated.

“The bus driver had exited the bus and using a handheld stop sign had assisted the child to cross to the west side of the street. Following the crossing, the bus driver returned to the bus, deactivated the lights, and prepared to depart,” officials said.

At this time, a 35-year-old Victorville woman was driving a white Honda Accord northbound on Cobalt Road and stopped behind the bus while its lights were activated.

The woman drove past the bus at approximately 15 mph, officials said.

According to a CHP news release, “the child had walked northbound approximately 30-40 yards ahead of the bus, when, for unknown reasons, ran east across the road in front of [the woman’s]  Honda. The child was struck by the right front of the Honda.”

The child was subsequently transported by AMR ground ambulance to Loma Linda Hospital, with lacerations to his elbow and knee.

This collision is being investigated by Officer Jones of the Victorville CHP office.