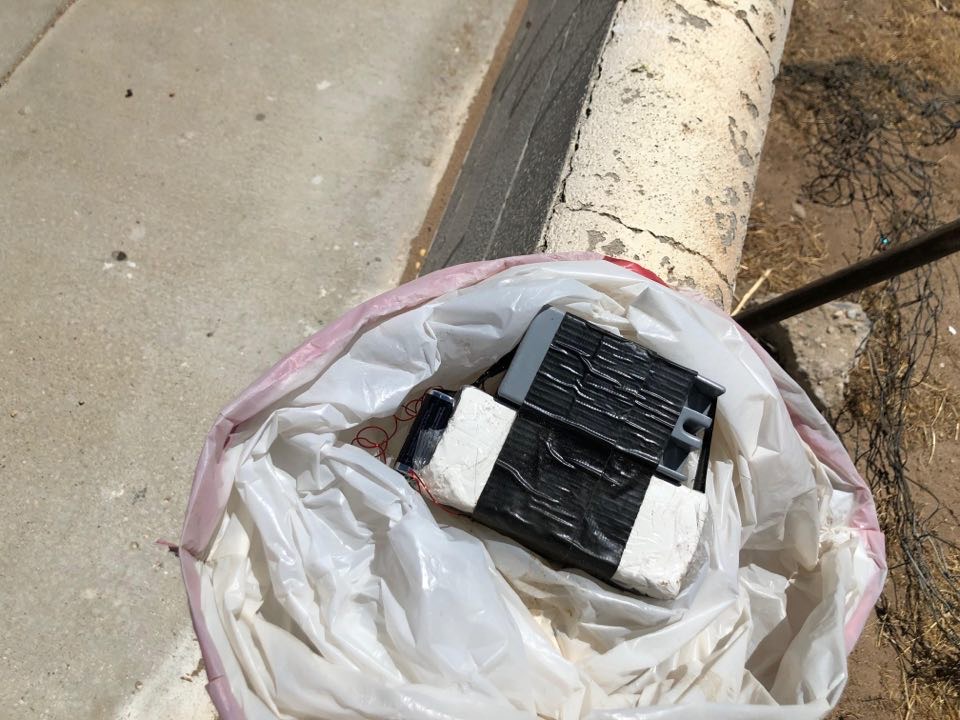 Anthony Reyes told VVNG his dad Ernie Rios manages the property next to the shopping center and was the person who found the package.

Anthony said his dad was preparing to do yard work when he located a white plastic bag with two suspicious black boxes near a shopping cart.

The San Bernardino County Sheriff’s Bomb Team responded and set up a command post in the parking lot of the 7-11.

A robot was sent to inspect the suspicious package and at about 1:00 pm a deputy shouted: “fire in the hole” followed by a loud bang in what could be described as a gunshot.

Sheriff’s spokeswoman Jodi Miller told VVNG Bomb & Arson determined that the package was not a bomb.