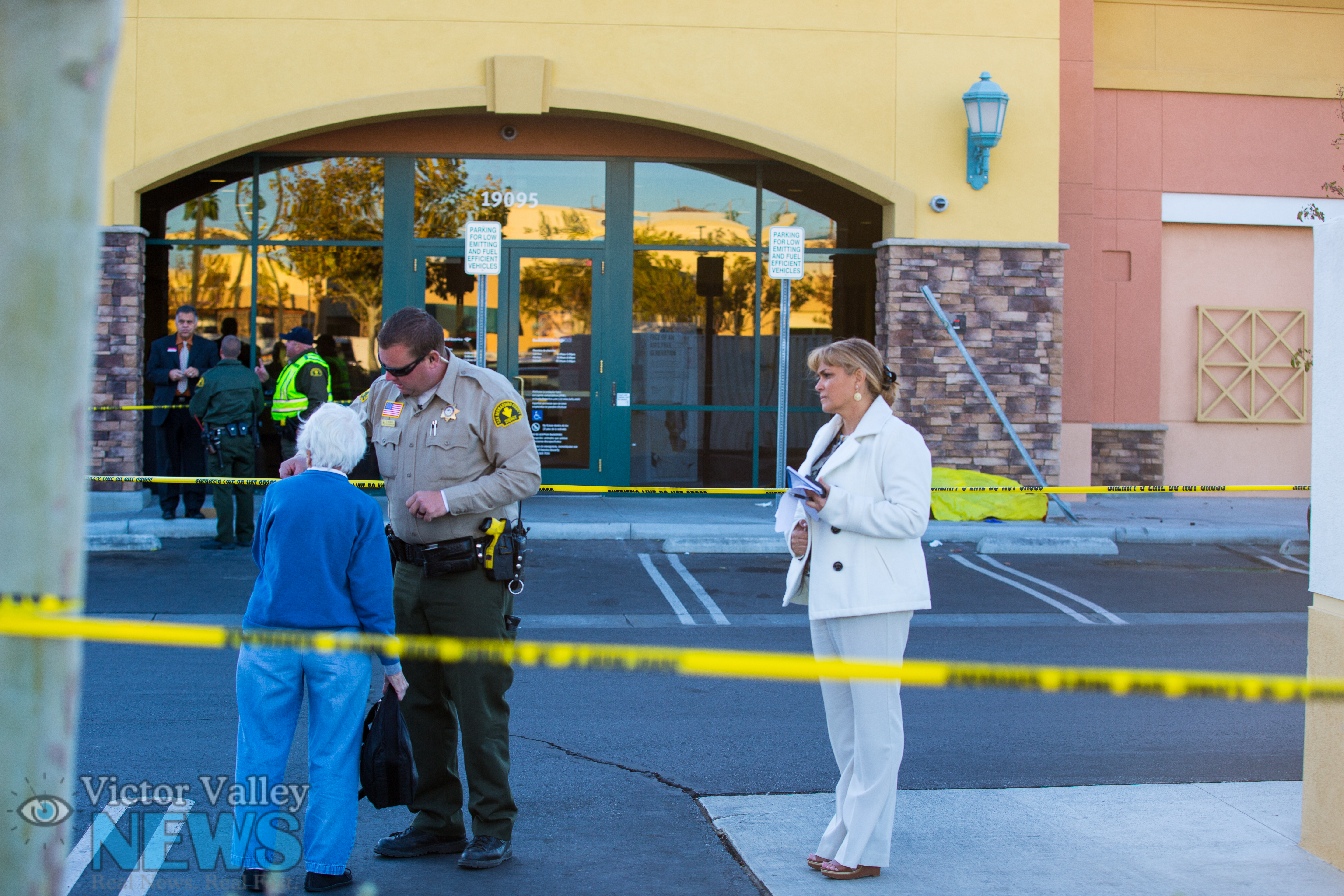 APPLE VALLEY:(VVNG.com)- A security guard for Bank Of America in Apple Valley was pronounced dead after a vehicle jumped the curb Tuesday afternoon.

The call of a vehicle vs. pedestrian was dispatched at approximately 3:12p.m. to the Bank of America located in the Jess Ranch shopping center, located at 19105 Bear Valley Road. According to San Bernardino County Sheriff officials, the 86-year-old female driver was attempting to park her silver Toyota Camry when she hit a curb, jumped another curb striking a sign and continued forward hitting the security guard.

The 55-year-old male victim was pronounced deceased on scene by emergency personal. Those who knew the victim say, he’s been a security guard with G4S for 15 years.